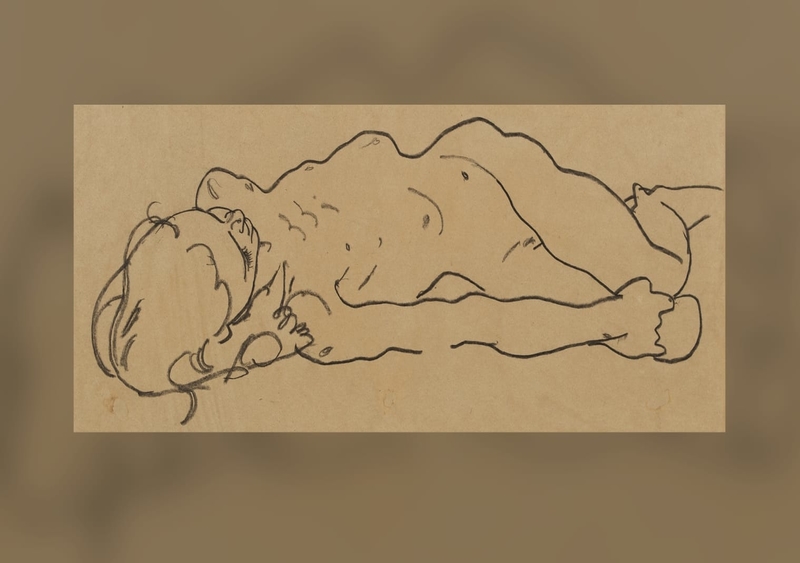 More than 100 years after the Austrian painter Egon Schiele’s death, a man has found of his until unknown drawings in a thrift store. Schiele was part of Austria’s expressionist movement and was mentored by Gustav Klimt.

“We get hundreds of photographs a year, and most of them are fakes or copies or just misidentified as Schiele’s work,” said Jane Kallir, director of Galerie St. Etienne, on display as part of an exhibit, reported CNN. Kallir said a man contacted her last year after buying the drawing at the thrift shop, but the photos were too blurry for her to tell much about it. “We asked for better photos, and he took a year to get back to us. I wanted to see how this drawing fit with the other drawings,” she said. “It fit perfectly, and I could almost pinpoint the modeling session from which it came, so then my initial gut was confirmed, and I said ‘yeah, this is it, ” she added while refusing to identify the man because he wants to remain anonymous.
Kallir attributed the drawing from the set of about 20 drawings of a girl and her mother, and Kallir said two were probably made on the same day as this drawing. Those works are now in the collections of the Metropolitan Museum of Art and the Leopold Museum in Vienna, Austria.