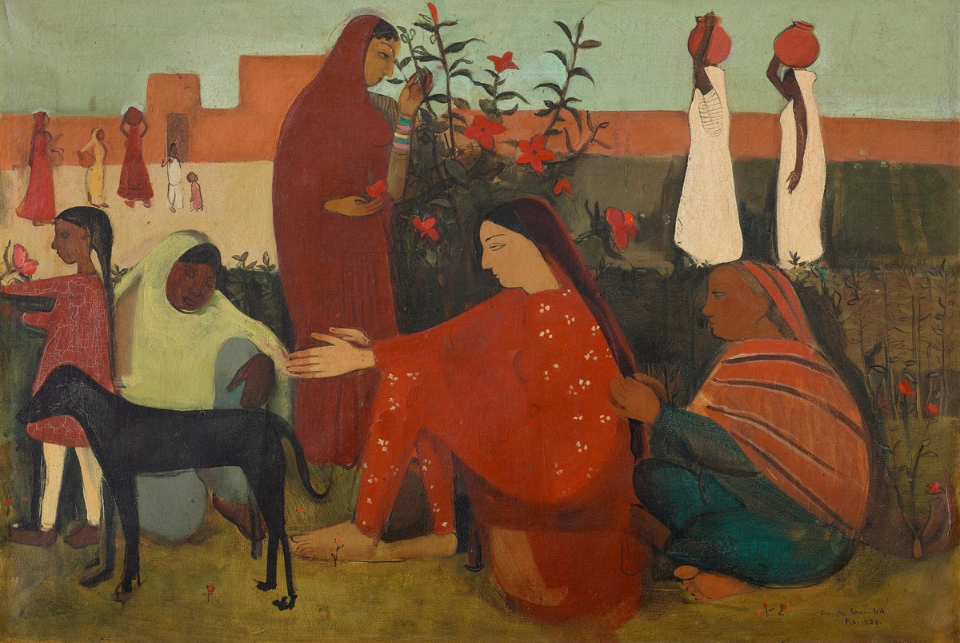 Amrita Sher-Gil’s 1938 painting titled ‘In the Ladies Enclosure’ sold for Rs 37.8 crore (USD 5.14 million) at a Tuesday auction by Mumbai-based auction house Saffronart, setting a world record for the highest value achieved by the artist in auction.

It is also the second-most expensive work of Indian art sold globally after V S Gaitonde’s Untitled, 1961 which sold for Rs 39.98 crore in March this year, said the auction house in a statement.

Sher-Gil (1913-1941) was a Hungarian-Indian painter and has been called one of the greatest avant-garde women artists of the early 20th century. The National Gallery of Modern Art in New Delhi also houses a large collection of her works of art.

The artwork went under the hammer Saffronart’s Summer Live Auction.

According to Saffronart CEO and Co-Founder Dinesh Vazirani, “The record-breaking sale of Amrita Sher-Gil’s seminal painting from 1938 titled ‘In the Ladies Enclosure’ is a clear indication of her artistic merit and is a testament to her skill and talent.

“The work highlights her growth and development as an artist and is a culmination of years of coming into her own as an artist of repute. It is, additionally, a rare work of the artist from that particular period to emerge in the art market and we are honoured to have played a part in creating a new benchmark with this auction,” Vazirani said in a statement.