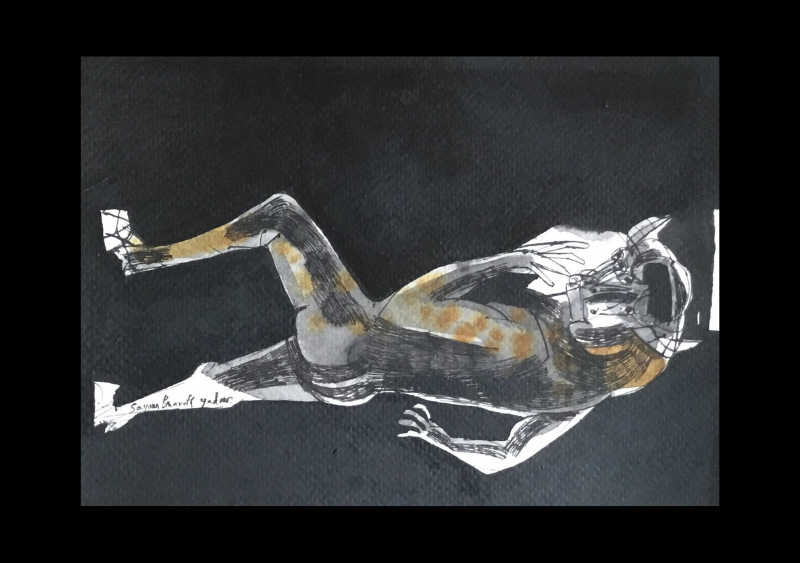 Human bodies and expressions are the focal points of an ongoing group art exhibition at the Triveni Kala Sangam in New Delhi.

Dubai-based artist Yamini Mohan, whose charcoal-on-paper works depict intertwined masculine and feminine bodies, shows various sides of relationships humans share. As to what expressions they signify, the Kerala-born artist says it is up to the viewer to interpret what they mean.

Shown alongside her life-study works is a series of watercolours by Bharath Yadav, a Hyderabad-based artist whose community has influenced the kind of art he conceptualises. Done in small-format, bulls and buffaloes inhabit his paintings — imagery that he grew up within his family, he told IANS. In Yadav’s art, animals take on human forms and even human habits of drinking tea and smoking cigarettes.

The figurative works, that spell a fresh aesthetic in terms of the everyday form of the body, are on display in an exhibition titled “Image-In-Side-Out” till August 12. This story has been published from a wire agency feed without modifications to the text. Only the headline has been changed.