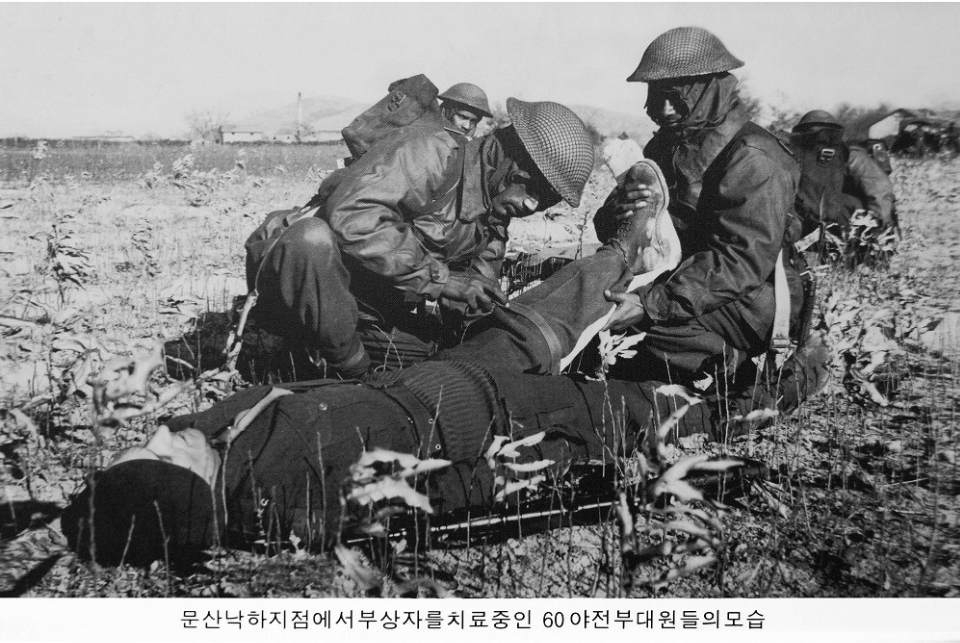 An online photo exhibition titled “Korean War Special Exhibition — 60 Para Field Ambulance” opened Friday on an online platform prepared by the Korean Cultural Centre India (KCCI). On the 71st Anniversary of the Korean War, it commemorates the contribution made by the 60 Para Field Ambulance and showcases the joint efforts of Indian and Korean Troops through 32 archived photographs.

The exhibition opened with a short video consisting of the exhibition images, and a short message of remembrance to the troops.

KCCI told IANSlife: “Korean War, the conflict between the Democratic People’s Republic of Korea (North Korea) and People’s Republic of Korea (South Korea), broke out in June 1950 in which millions lost their lives. During this time of war, India supported the UN Security Council Resolutions and deployed a medical troop “60 Para Field Ambulance” that provided medical support to those injured in the war. The troop totaled 627, and was the largest troop of medical units during the Korean War. The troop included four combat surgeons, two anaesthesiologists and one dentist. Commanded by Lieutenant Colonel A.G. Rangaraj, the 60 Para Field Ambulance provided assistance to an estimated 2.2 lakh wounded during the war, and performed 2,324 field surgeries.”

“The troop was further divided into smaller support units like Daegu Station and Uijeongbu. Among the 627 medical aid workers dispatched, a total of 10 members of the unit were injured and 2 lost their lives.”

Through this exhibition, the Korean Cultural Centre India says it expresses their gratitude and pays homage to the 60 Para Field Ambulance and showcases the joint efforts of the Indian and Korean troops. The contributions made by them played an important role in bringing peace and harmony to the Korean Peninsula.

The exhibition initially planned for the 70th Anniversary of the Korean War had to be postponed due to the ongoing pandemic. It has been shifted to an online platform this year, to reach audiences worldwide. The exhibition can be experienced on www.kcci-exhibitions.com/special-exhibition.

It will be on view till August 25 and is open to all.