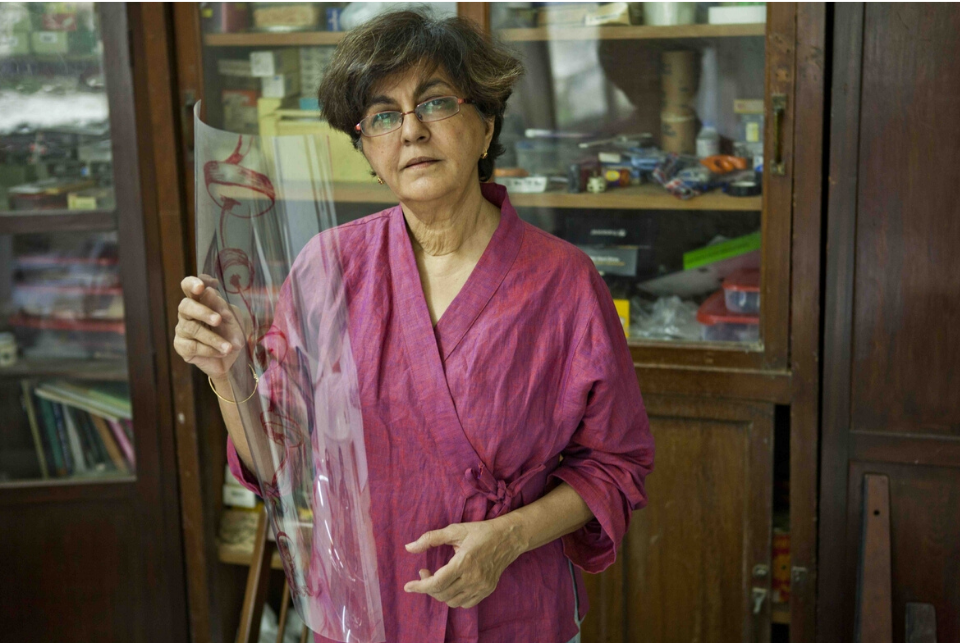 There was a time when she could not afford a studio, and had to move in with her mother. But there was never a time when she made marketable art. “However, as an artist I never look back at my past. It is important to look forward, as an antenna of the society — what can happen in our near future? If I look back, it finds a way in my art,” says artist Nalini Malani.

The first Indian to win the Joan Miro Prize (2019), considered one of the most prestigious art awards in the world for giving a voice to the “the silenced and the dispossessed all over the world, most particularly women,” the artist says, “I think it is an important step for this prestigious award to spread their field to a more global vision.”

While her work ‘Utopia’ is part of KNMA’s ‘City Tales’ digital exhibition, she is busy with her notebook animations as part of the project ‘Can You Hear Me?’

“I post them regularly on Instagram. As an installation, which I call ‘animation chamber’, it is now installed as a solo exhibition at the Whitechapel Gallery in London, on till June 6, 2021. Besides that, I am working on the fellowship project of the National Gallery in London, which research/work project should culminate in an exhibition and publication of spring 2023.”

Known for strong social concerns in her art including issues pertaining to politics, gender, violence and consumerism, Mumbai-based Malini who during the initial days of her career worked in painting and drawing also incorporated film and video later, with memory playing an important role in her art work.

A pass-out from the JJ School of Art, the artist, who received a scholarship from the French Government to study fine arts there from 1970 to 72, smiles, “I always say: Paris was the university of my life.”

Ask her if her work ‘Utopia’ has a special resonance considering the times we live in, and she replies, “As an artist one always hopes one’s works have a special reverberance. However, it is the viewer who completes the works, and might experience this special resonance.”

Unlike many other major artists, Malani, who still works solo in her studio without any assistants happens to be one of the early artists who strongly brought forth issues of feminism in the Indian art landscape. However, she feels that things have gone worse. “The headlines of the general newspapers of the last years give us evidence of this,” she says.

Recalling the reactions from the Indian art world when she started exploring video, theatre and ephemeral wall drawings, she remembers, “There was no real appreciation directly. One was mockingly called an ‘installator artist’, as if one was a kind of gladiator artist.”

This article has been taken from an agency feed without any changes. Writer Sukant Deepak can be contacted at sukant.d@ians.in)