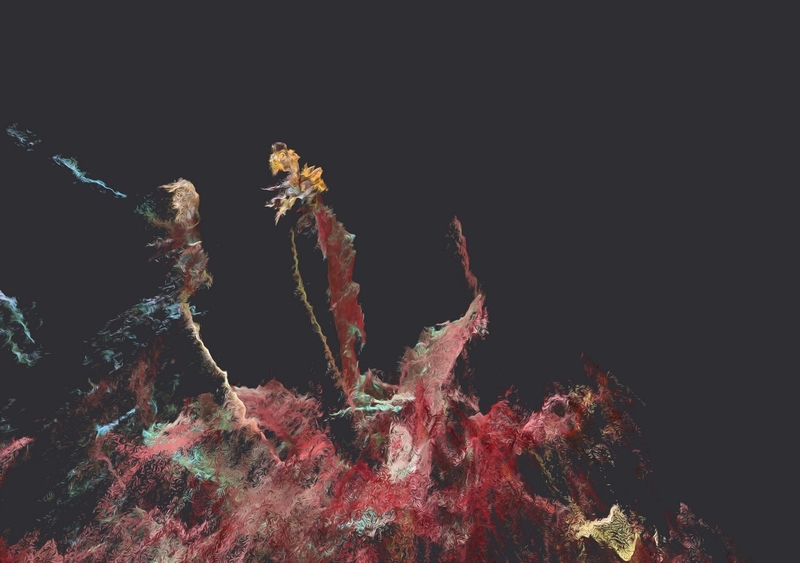 The Foundation of Indian Contemporary Art, in collaboration with Pro Helvetia, the Swiss Arts Council, is pleased to present an exhibition of Moonis Ahmad Shah. The exhibition titled Atlas Holding the Heavens is presented as part of FICA’s Emerging Artist Award which Shah received in 2017. The exhibition is supported by Vadehra Art Gallery.

Shah works with archival materials as references ranging from text, mass media, and cinema to historical documents combining them with newer technologies and programming languages to question the archive’s constitution, boundaries, and materiality. Such an approach establishes a subterranean and a nomadic approach towards the organisation of histories and truths so that the archive can be an anarchic arena where futures are imagined and imminences are re-configured. There is a playful reworking of the archive’s form, material, and content to offer a radical reading into the contingencies of crucial questions which the human condition faces in the current times such as communication amid surveillance, mass-migration, borders, the binaries of local and global, occident and the orient.

In the exhibition Atlas Holding the Heavens, Shah brings together a new body of work to address diverse questions concerning the everyday, the landscape, the body and how they re-orient, adapt and react to territorial conflicts. It explores various points of departures arising out of these questions and intends to engage with a new kind of anthropology, an immersion in the semantics of systematic creation and association of spectacle with the landscape of the borders, margins, and conflicts.

The exhibition includes a series Accidentally Miraculous Everyday from that Heaven where the artist works with photogrammetry technique to stitch together three-dimensional reconstructions of people – notes on everyday living in a ‘state of exception’. Another work titled Good Art, Bad politics is a LED text installation which responds to the sound frequencies of audio generated via Machine Learning.

Moonis Ahmad Shah, born in Srinagar, Kashmir, is an interdisciplinary artist who works with hybrid practices involving mediums like video, photography, painting, programming, and installation. He has shown his work at various exhibitions nationally and internationally.

As part of the FICA Emerging Artist Award, Moonis undertook a Residency at Progr, Bern & HSLU, Luzern, Switzerland in 2017, which was organised by Pro Helvetia, the Swiss Arts Council. During his time there, Moonis researched the relationship between cultural and military instrumentalisation of landscape in Switzerland and Kashmir.

Atlas Holding the Heavens is on view at Vadehra Art Gallery from 13 July – 14 August 2019.