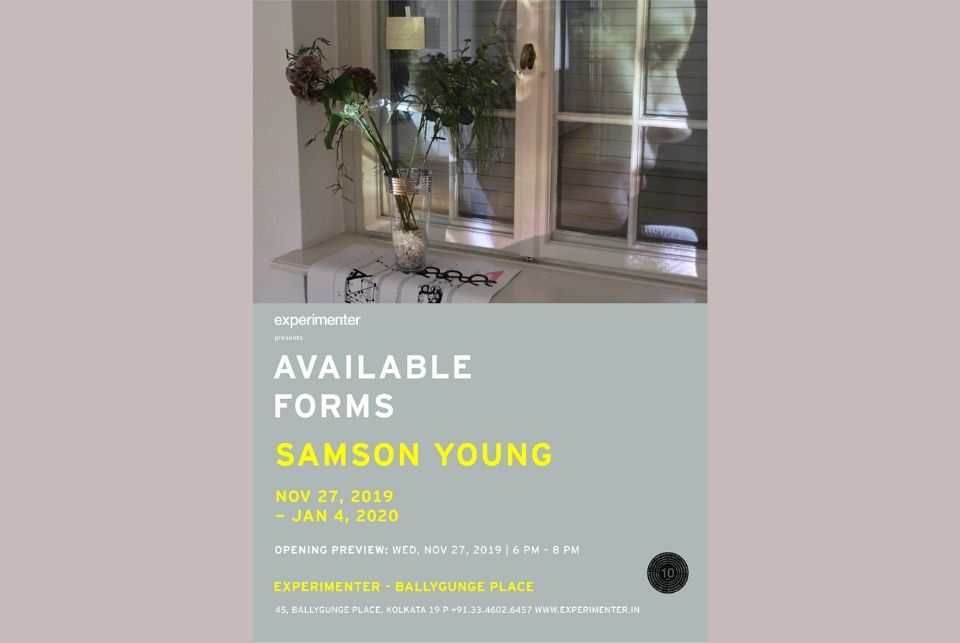 In Available Forms, Samson Young explores openness in musical notation and how it relates to ideas of openness in forms of collaboration and social organizing. ‘Open form’, as championed by composer Earle Brown of the New York School, refers to an approach in musical notation that combines given sets of materials with a deliberate openness to how these materials are to be combined in performance. The conceptual attitude of open form is notably different from John Cage’s chance procedure, in that it strives to balance control with risk, fidelity with mutability, and above all, facilitate a spontaneous expression while maintaining a coherent identity of ‘the work’.

Central to this exhibition is a 3-channel video installation titled Notational Tendencies and Performance Processes (2016, rev. 2019).Originally commissioned by the Internationales Musikinstitut Darmstadt (IMD), Goethe-Institut, and the Earle Brown Music Foundation, this work is a re-enactment of a lecture of the same title by American avant-garde composer Earle Brown. In his lecture, delivered at the Darmstadt International Summer Course for New Music in 1964, Brown spoke of the ‘cultural responsibility’ of notational practices. In two of the channels, vocalist Michael Schiefel is seen reciting the script of the lecture off a teleprompter. This soon develops into song-like vocalisations as Schiefel treats the texts of the lecture as notation in themselves. In the third channel, the artist is seen listening attentively to an audio recording of Brown’s original lecture on headphones, paying special attention to the incidental noises in the recording while attempting to recreate them with foley.

Notational Tendencies and Performance Processes is accompanied by new drawings and objects from the Auxiliary Motion series and the more recent Available Form series, which function as visual scores as well as anthologies of sonic materials. A new sound installation, Round Room (2019), which features an ‘infinite canon’ from the artist’s recent Performa 19 Biennale commission, rounds out the exhibition. Available Forms offers a glimpse into the complex convergence of the representations of composition, notation, performance and the experience of music through the layered practice of Samson Young.