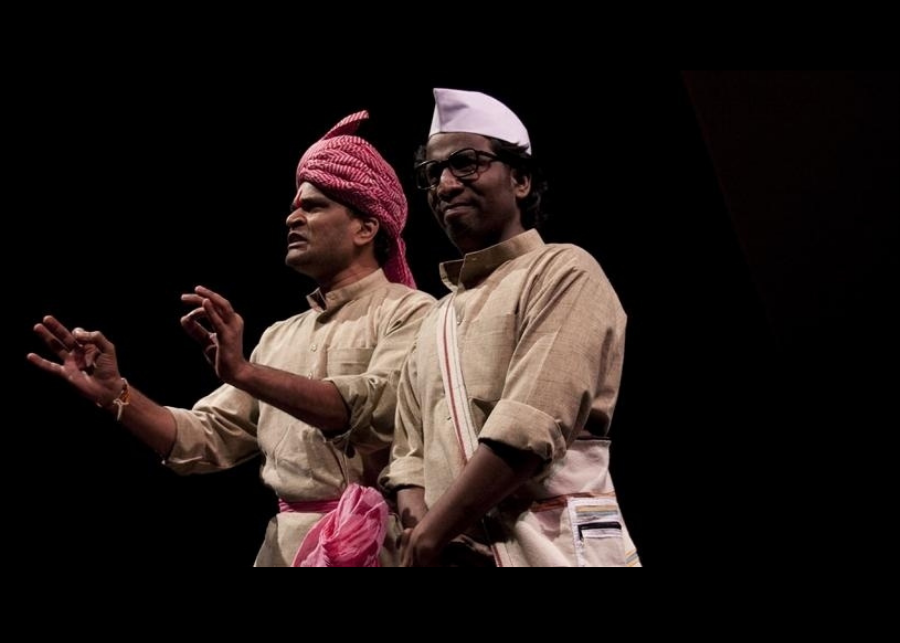 Back in the early 1970s, Marathi playwright Vijay Tendulkar’s play ‘Sakharam Binder’ — which features the character of a bookbinder who ‘takes in’ women abandoned or dejected by other men and uses them as domestic help and sexual partners — struggled with the Stage Scrutiny Board (the censor board) and sections of society. In 2020, a play explores the idea of censorship in the arts through this story.

Titled ‘Sex, Morality, and Censorship’, the play is based on Vijay Tendulkar’s theatre classic ‘Sakharam Binder’s struggle with censorship. Recapturing the essence of Maharashtra’s folk arts ‘Tamasha’ and the spirit of the 1970s, the play offers a mix of theatre, live music, dance, and video. Play director Sunil Shanbag and co-writer Irawati Karnik this week hosted a guided viewing of the performance of the play recorded at the iconic Prithvi Theatre in Mumbai. The viewing took place on Paytm Insider’s theatre initiative, Front & Centre in collaboration with Studio Tamaasha’s monthly series – TheatreNama.

Asked how censorship has impacted free expression of ‘taboo’ topics on stage, Shanbag shares: “Interestingly only two states in India still retain the equivalent of the outdated colonial law of 1876, the Dramatic Performances Act. These are Maharashtra and Gujarat. In Maharashtra there are several examples of both official censorship of theatre by the stage scrutiny board, and unofficial censorship by non-state players, and mobs. The latter, unofficial censorship, follows no rules or procedures, and is unpredictable, hence very dangerous to deal with. Of late we do worry that official censorship too seems inclined towards conservatism which can be quite oppressive for artists.”

In the guided viewing, the makers took the audience on the journey of what began as an idea to do a play about censorship, slowly developed and evolved into a full-fledged theatre production. “This process took about a year of work, and involved many collaborators, which included the actors. We shared these rich experiences and memories with the audience and showed them extensive excerpts from a performance of the play to illustrate and illuminate what we were saying,” shared Shanbag.

Varun Khare – Business Head, Live Entertainment (IPs & Partnerships) at Paytm Insider, said, “Censorship has long plagued the sharp-edged satire and other nuances that are characteristic of Tamasha. Sex, Morality and Censorship, brings forth a fresh perspective on decades-old folk arts, with popular folk artists presenting their views on the art form, the ruthless civil censorship, and insights into the play itself.”

This article has been regenerated from an agency feed without any changes.