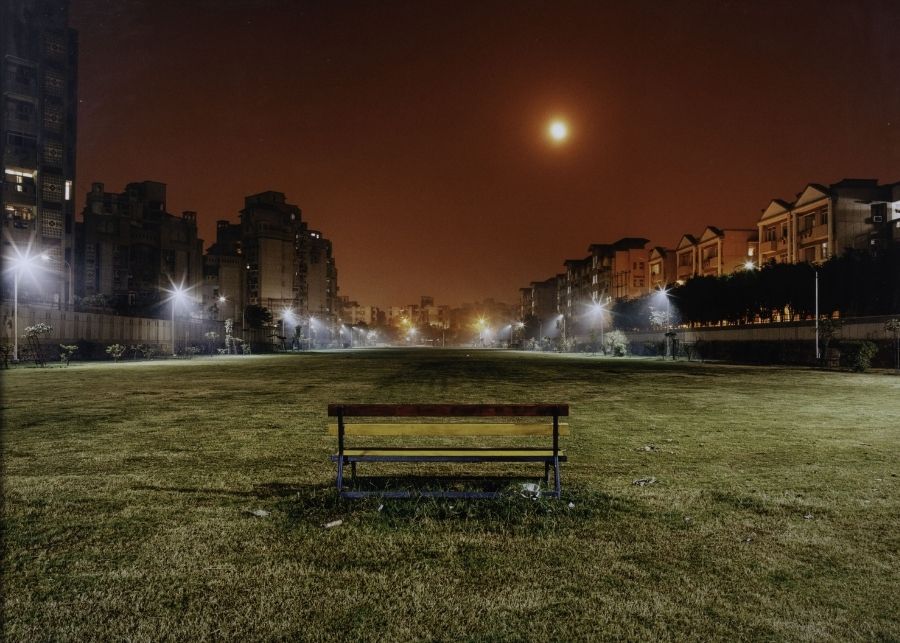 The city is no longer a modernist utopia. One may still find the pale afterglow of the imperialist imaginary of “white town” or the modern architect’s “radiant city” in many parts of urban India. However, for the common masses, such a place becomes habitable only when its alleyways and corners provide enough shade and cover, escaping the blinding radiance and panoptic sprawl of developmental modernization. In the city’s informal infrastructures, precarious ecology and overwhelming demography; the model of a coming “planet of slums” nightmarishly unfolds. But the postcolonial city is not just a haunted dystopia or a toxic organism. Because of the flexibility of law and the fluidity of community networks that regulate an otherwise ungovernable territory, it also offers an alternative space of promises: a site of cultural propensity outside the imposing yet crippling structures of the national and the modern.

Reflecting on this creative ambiguity of the postcolonial urban, KNMA offers a cross-section from its collection. As these artworks present the city not as an outside realm but as an immersive lifeworld demanding multiple levels of existential and political involvement, the curatorial framework is divided into a few thematic clusters. It approaches the Indian city as a melancholic ruin through Ram Kumar’s decomposing Banaras, Bikash Bhattacharjee’s Calcutta of the Naxalite-1970s, and Gulammohammed Sheikh’s incinerated Ahmedabad, a historical site brought down by communal riots. A landfill littered with the abandoned projects of modernity as well as ecological/traditional remnants, appears in Sheba Chhachhi’s cartography of fossilizing aqueducts, Atul Bhalla’s gutter photographs, and Sudhir Patwardhan’s city-compositions that exceed and disrupt the conventional rules of pictorial construction. Hema Upadhyay’s shantytowns with their shiny tin roofs, Vivan Sundaram’s absurd ‘masterplan’ and Natraj Sharma’s skeletal buildings further extend the notion of the city as “junkspace,” that is, an accidental archive of failed urbanism.

These tales from the city are also about the everyday, the dreams and fears of citizens living in third world metropolises. A surreal stage for enacting collective fantasies and personal anxieties brings forth Pooja Iranna’s fragile architectural models made of stapler pins, Rathin Barman’s concrete blocks narrating the unbearable lightness of being a migrant, and Nalini Malani’s dark utopia. Jagannath Panda, Pratul Dash, Dhruv Malhotra, and Raqib Shaw resort to a nocturnal or surreal world flickering between bizarre and bliss, gloom and ecstasy — buttressing the Benjaminian notion of city as a space of solitude, distraction and even phantasmagoric retreat. Extending these ideas further, a cloaked narrative of carnal desire and fantasy unfolds in Bhupen Khakhar’s tailor shop.

Finally, exploring the mutability of urban ruins into escape-shelters or souvenirs of freedom as one finds in Ashim Purkayastha and Anita Dube’s installations respectively; the curatorial proposition concludes with a postscript on the cathartic capacity of the city and its workforce. Nilima Sheikh’s homage to the migrant labourers in the global healthcare industry, and Jayashree Chakravarty’s archive of a therapeutic nature become particularly relevant in the current scenario. They tell us how the postcolonial urban, despite its dystopian overgrowth, still nudges humanity to survive; and what should the city, in turn, return and retrieve for its own survival.