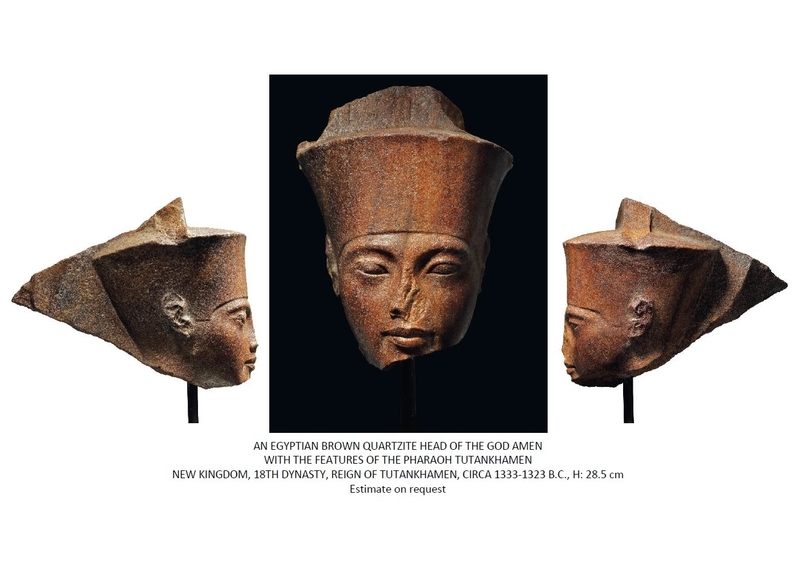 The 3,000-year old stone bust of the Egyptian god Amen Tutankhamen, which Cairo claims that it had been stolen, went under the hammer for nearly Rs 41 crore at Christie’s London.

The brown quartzite head achieved 4,746,250 pounds at the auction on Thursday, Christie’s said in a statement.

Egypt has earlier demanded the bust’s auction to be stopped. The 28-cm high sculpture carries facial features of King Tutankhamun, one of the most famous Egyptian Pharaohs, who reigned between 1333 BC and 1323 BC.

The auction had dismissed these concerns, saying the bust had previously been on public exhibition without objection. “The object is not, and has not been, the subject of an investigation,” it said in a statement.

On Thursday, Christie’s Head of Antiquities Laetitia Delaloye said that the result was a “testimony to the rarity, beauty and importance of the work”.

“We recognise that historic objects can raise complex discussions about the past, yet our role today is to work to continue to provide a transparent, legitimate marketplace upholding the highest standards for the transfer of objects.

“There is an honourable market for ancient art and we believe it is in the public interest that works come out into the open with the opportunity for them to be researched, as well as seen and enjoyed by global audiences,” Delaloye said.

The bust was part of a statue of Amen – a revered deity of the Egyptian empire – and was one of the devices used to “align the ruling king with deities”, as per the auction house.

“The facial features – full mouth with slightly drooping lower lips, and almond-shaped slanted eyes with a deep depression between eyes and eyebrows – are those of Tutankhamen.

“Similar representations of God Amen also with facial features of the young king were carved for the temple of Karnak in Egypt, as part of the royal restoration program,” Christie’s had said earlier.

Former Egyptian Minister of State for Antiquities Affairs Zahi Hawass has called the sale a dark chapter in Christie’s history.

This story has been published from a wire agency feed without modifications to the text. Only the headline has been changed.