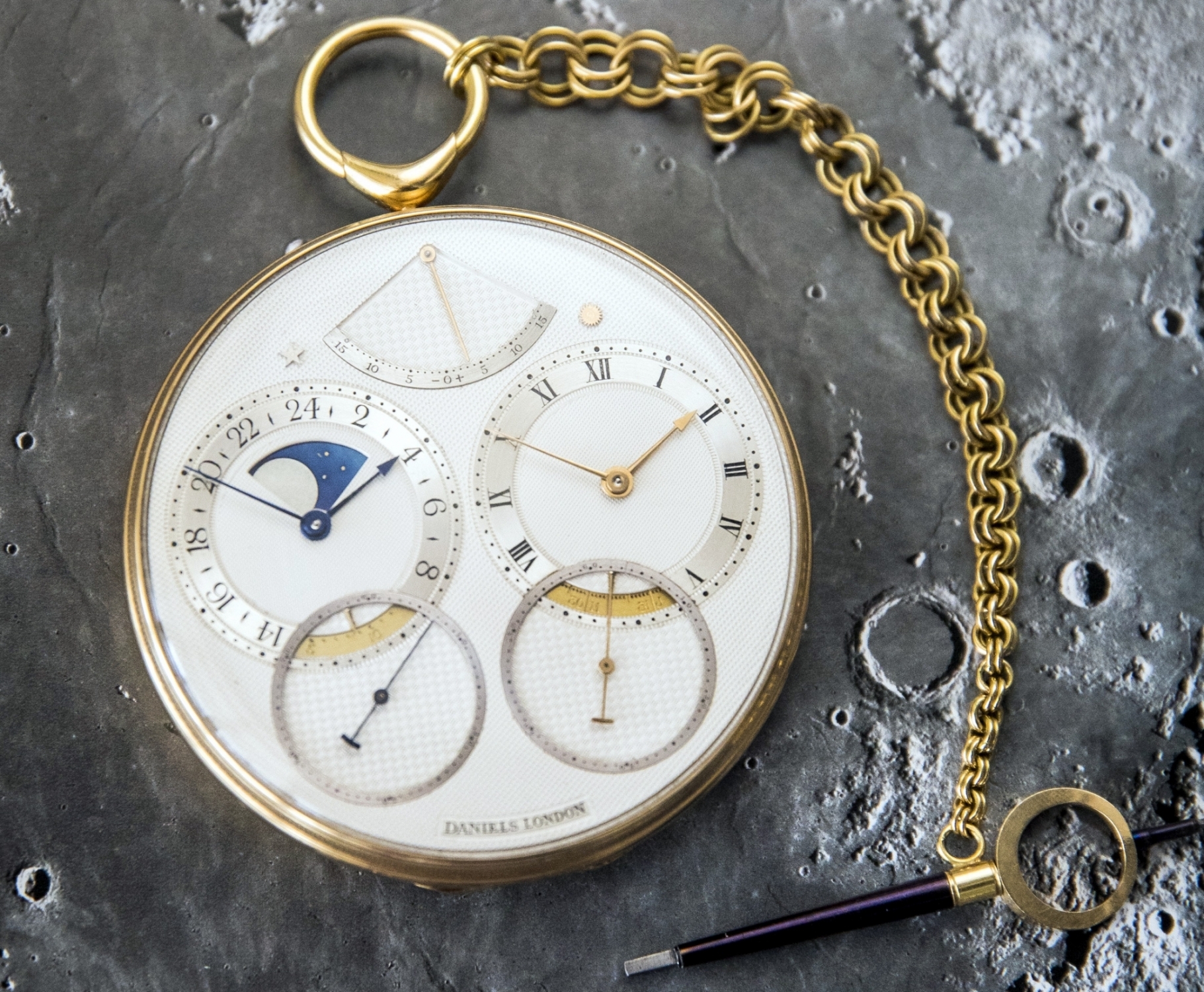 A pocket watch known as ‘Space Traveller I’, one of the only 23 ever made by English horologist George Daniels that commemorates the 1969 moon landing, became the highest-selling English watch when it went under the hammer for Rs 31.3 crore at Sotheby’s in London.

Daniels (1926-2011) was considered one of the most important horologists and watchmakers of the 20th century and this watch was one of his most sought after creations, which was completed in 1982. It sold for 3,615,000 pounds here.

Described by Daniels as “the kind of watch you would need on your package tour to Mars”, the timepiece was built with both solar and sidereal time, equation of time and phases of the moon, Sotheby’s said.