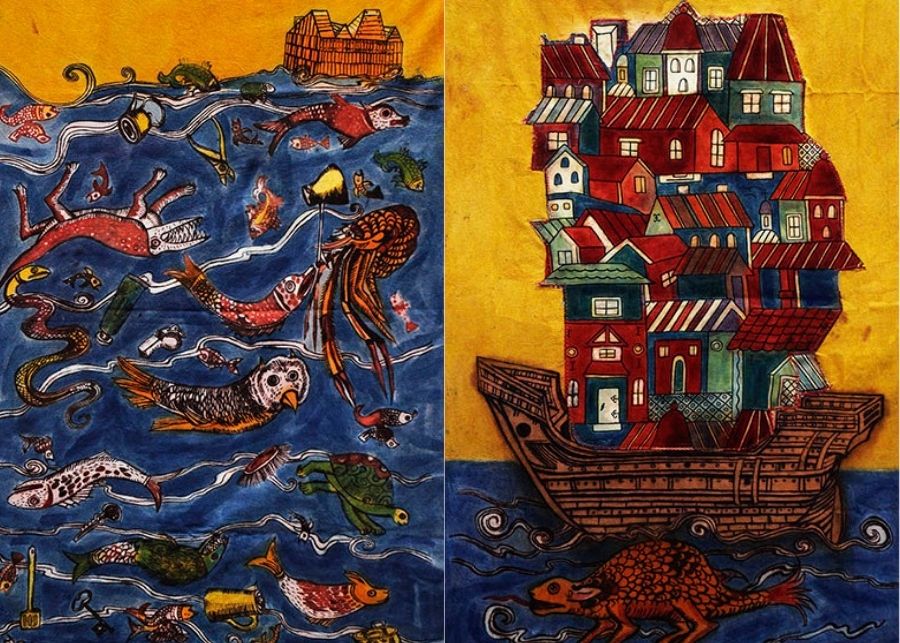 Early versions of the board game ‘Snakes and ladders originated in India as ‘Gyan chaupar’ or ‘Game of knowledge’. Usually painted on cloth or paper, these boards were often religious and didactic, instructing its players in the paths of spiritual discipline. The board was designed on the theory of Karma where the snakes of Karma or the lower passions needed to be surmounted to attain liberation or union with God. There was also a strong association with dice play and divination, where the roll of the dice could determine or foretell one’s future. The works in these shows, are based loosely on this board game with each image conceived as a box from the game. These works touch upon many aspects of our life today that have suddenly become pressing issues such as, migration or scientific enquiry, that were perhaps not part of collective imagination before. The precarity and fragility of today’s situation brings into focus more than ever before, how our lives have been reduced to the capriciousness of chance.