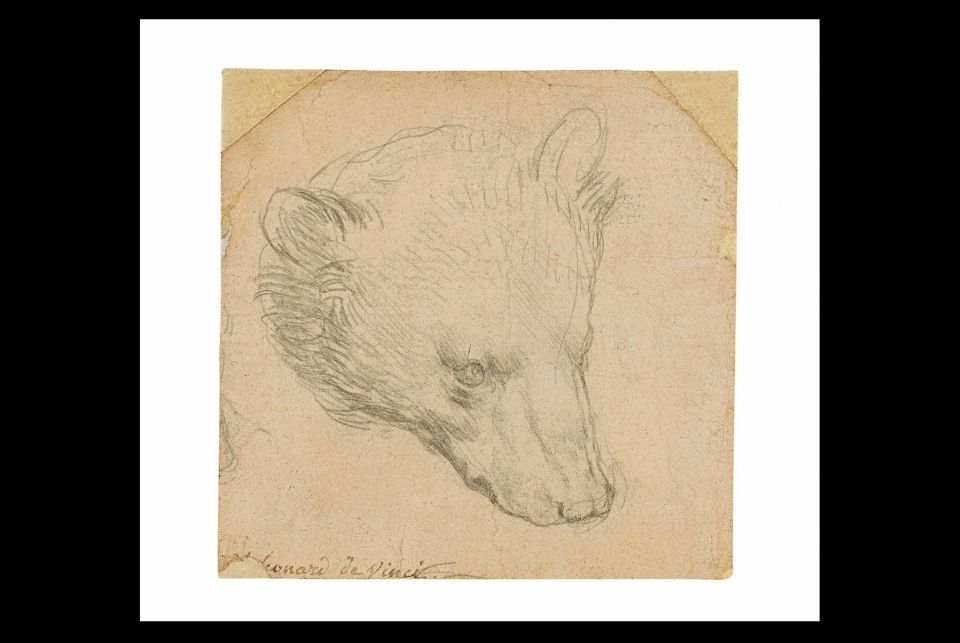 Titled ‘Head of a Bear’, a rare drawing by Italian polymath and ‘Mona Lisa’ creator Leonardo da Vinci (1452-1519) will be on auction in London on July 8. This penetrating study of a bears head is one of less than eight surviving drawings by Leonardo da Vinci known to be in private hands outside the Royal Collection and the Devonshire Collections at Chatsworth.

This drawing in the Christie’s London sale is executed in silverpoint on a pale pink-beige prepared paper, a technique which Leonardo was taught by his master Andrea del Verrocchio, said Christie’s.

According to the auction house, the drawing’s history can be traced back to Sir Thomas Lawrence the renowned British painter whose collection of old master drawings is considered among the greatest ever assembled. After Lawrence’s death in 1830, the drawing passed to his dealer Samuel Woodburn, who sold it at Christie’s in 1860 for 2.50 pound.

In the first half of the twentieth century, the drawing was in the collection of another great British collector, Captain Norman Robert Colville, sold at Christie’s in 2009, it said.

Since its first public exhibition in 1937, it has also been shown at museums around the world.

Ben Hall, Chairman, Old Master Paintings, Christie’s New York says that this masterpiece is one of the most important works from the Renaissance still in private hands. “The work has been owned by some of the most distinguished collectors in the field of Old Masters across many centuries, not least the present owner who has owned it since 2008. It has been admired around the world whilst shown by prestigious museums and Christie’s is honoured to bring this Leonardo to the market this season.”