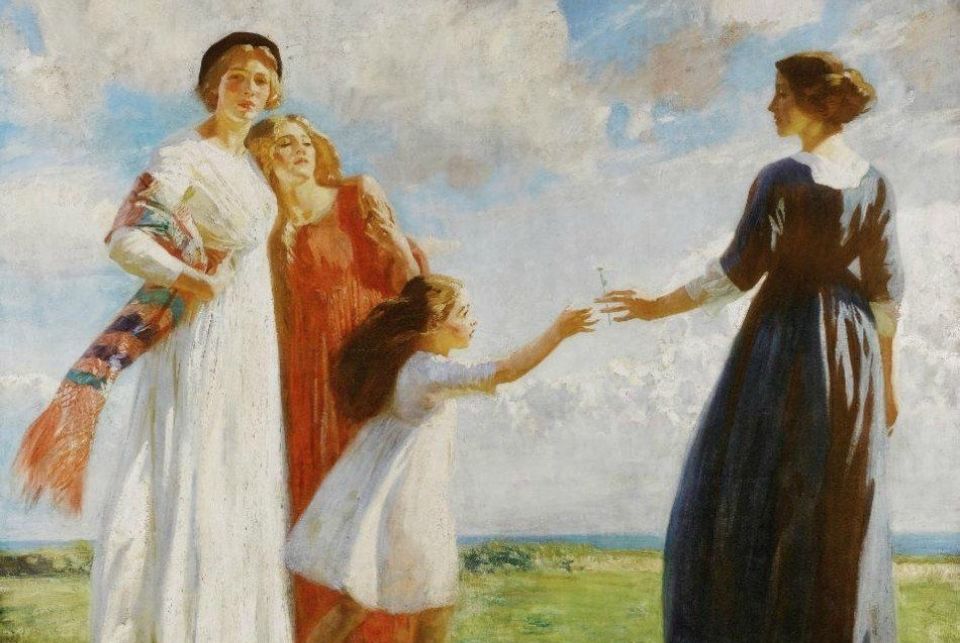 In its first auction dedicated to female artists across the centuries, many of whom have been categorised or marginalised by history due to their gender, auction house Sotheby’s will stage the ‘(Women) Artists’ sale next month. It will explore the art historical contributions and personal stories of these artists across 400 years.

According to Sotheby’s, artworks on sale range from a 1680s Dutch painting by a 22-year-old Rachel Ruysch to Dame Laura Knight, the first woman to be granted full membership of the Royal Academy in the 1930s, and a sculpture by YBA artist and first-female Turner Prize winner, Rachel Whiteread.

“The divisive classification ‘women artists’ but never ‘male artists’ is at the heart of a debate that has been disputed for decades, and yet continues to be a trap that is so often fallen into. Female artists should not be pigeon-holed nor segregated, which is precisely why we are holding a sale that appears to be doing exactly that — in order to turn the tables and open up this debate. Yes, these artists are women, but more importantly, they are artists,” says Marina Ruiz Colomer, a contemporary art specialist in London.

According to Sotheby’s Mei Moses, in the past five years the rise in prices for female artists have outpaced male artists by 29 per cent across the market. Notably, the record for any work by a living female artist is at $12.5 million (approximately Rs 93 crore) for Jenny Saville’s ‘Propped’, sold at Sotheby’s London in October 2018.

“Many of the female artists we are offering here were well known and respected within their lifetimes, but history has not treated them kindly. They have come to be remembered as the wives of painters, as the ones that enabled their husbands, fathers and brothers to paint or as their muses, but rarely ever as they deserved to be: the artists in their own right! Recently museums and institutions have led the charge in reappraising the contributions of female artists. We need to explore their narrative and celebrate their contribution and achievement. If we can bring visibility to just some of those through this sale, then we have made a step towards the right direction,” says Lisa Stevenson, impressionist and modern art specialist.

Marina Abramovic, who be part of a related panel discussion on women in all art movements in May, explains that she was not concerned with gender when she emerged as an artist and still is not now: “I greatly admire Louise Bourgeois for having a family, a husband and a wonderful career but when I am looking at Spider 1994, I’m not wondering what gender of artist made the work.”

However, she takes issue with the continued undervaluing of works for the majority of women artists: “I feel a really big injustice because work by women artists is under-priced. You still have people like Cindy Sherman, whose works are really well-priced, and I think that’s a great justice to her. But there are some great people who don’t have her profile and the work is wonderful.”

Rachel Ruysch’s (1664-1750) ‘Forest floor still life with a pool’ is the earliest piece in the sale, says Sotheby’s. Painted at the age of just 22 in 1687, this has not been seen since it was acquired in The Hague in the 1950s. The daughter of a lecturer in anatomy and eminent botanist whose samples she would copy, Ruysch purportedly delayed marriage to focus on her career until meeting fellow painter Juriaen Pool in her thirties. Though Ruysch had ten children, she continued painting into her eighties, while Pool gave up his own career in light of her talent. Ruysch achieved international fame in her own lifetime, invited to serve as court painter to Johann Wilhelm, Elector Palatine in Dusseldorf, with her works — which she always signed with her maiden name, even after marriage — commanding high prices. Just recently, the Rijksmuseum in Amsterdam announced that for the first time in its history, it will permanently exhibit works by women artists, including Ruysch, in its Gallery of Honour.

Painted in 1949 is Dorothea Tanning’s (1910-2012) most surreal and dynamic ‘The Witch’, originally created for the ballet of the same name. Though Tanning was renowned for her painting, she was also commissioned to create costume and set designs for ballets choreographed and produced by the co-founder of the New York City Ballet, George Balanchine. Not only did Tanning become one of the most important Surrealist artists of the twentieth century, she was also a strong believer in equality. She married fellow artist Max Ernst, and in addition to rejecting the label “woman artist” she similarly didn’t want to be defined by her relationship. She once stated: ‘I never heard him [Ernst] use the word “wife” in regard to me. He was very sorry about that wife thing.’

Sharing a similar view was German Dada artist Hannah Hoch (1889-1978) who, as one of the few female artists in the group, expressed interest in the social construct of the ‘New Woman’ — an idea that emerged in the late 19th century of a professional and androgynous woman who wanted to take her place in society as a man’s equal.

Also on auction is Dame Laura Knight’s (1877-1970) ‘The Gift (The Flower)’, among the largest of her canvases ever made. Arguably her generation’s most popular female painter who pioneered for recognition of her fellow women counterparts, Knight had a long and celebrated career. She became the first woman elected to full membership of the Royal Academy in 1936, and her retrospective exhibition there in 1965 was the first for a woman.