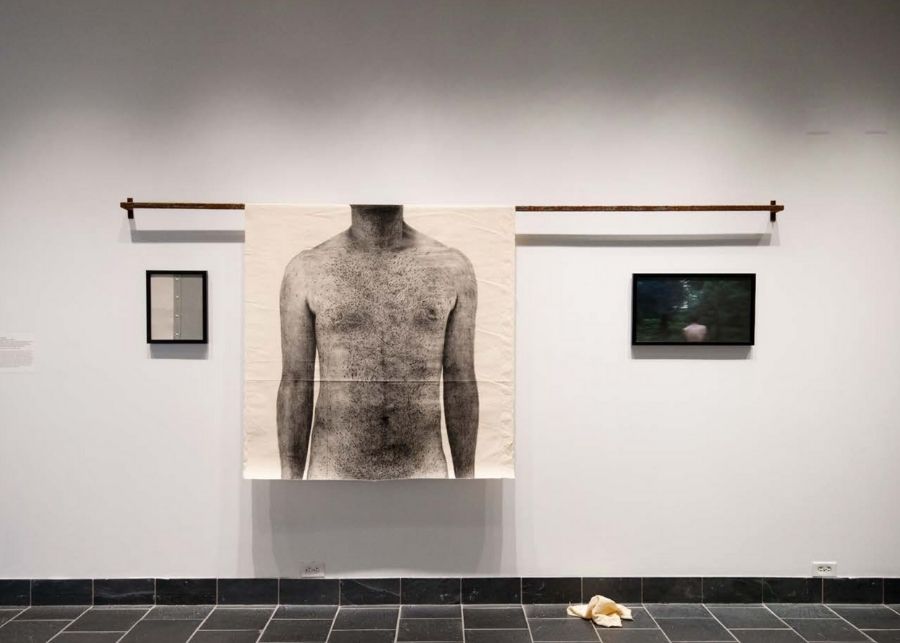 Art maintains a complex relationship with the contentious terrain of official and empirically framed archives, documentary image and statistically derived data, extending its possibilities and impossibilities to discursive ends, made apparent in Parul Gupta’s play with space and geometry to reveal order as farce. Even when their preoccupations are locally rooted, the focuses of artists who are part of ‘Intersections’ transcend the immediacy of their own context. From Tayeba Begum Lipi’s and Anoli Perera’s feminist transgressions that critique structural gender-based violence drawing from their familial histories to Samanta Batra Mehta’s ecofeminist approaches to alternative epistemes, and Omer Wasim & Saira Sheikh’s speculative futurism on the detritus of anthropogenic industrialization in Karachi; these accounts are reflexive pronouncements that have global implications. Sangita Maity evaluates the consequences of ecological damage unleashed by the mining industry on the indigenous owners of the land. These bodies of works among others featured here are sustained interjections, often informed by years of research and practice to present speculative, embodied or testimonial inflections on the socio-political contiguities and intersections among quotidian experiences in the South Asia region.