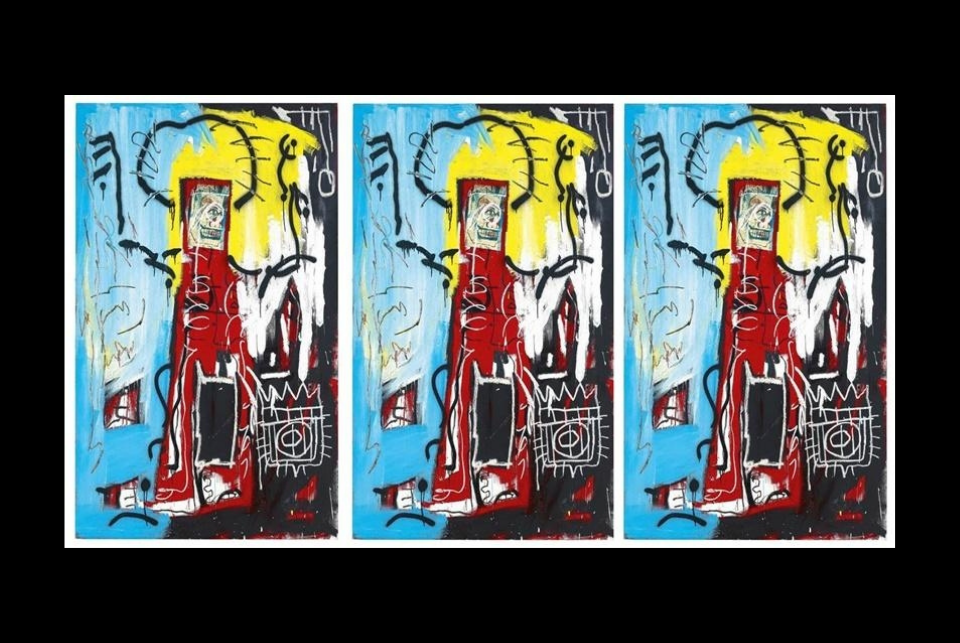 Christie’s 20th/21st Century Art Department unveils an important masterpiece by Jean-Michel Basquiat: Untitled (One Eyed Man or Xerox Face), following the successful sale of Basquiat’s Warrior on March 23, which set a new record for the most expensive western artwork ever sold at an auction in Asia.

The painting will be offered in the 20th/21st Century Art Evening Sale on May 24 in Hong Kong, where it will be featured as one of the major highlights of the spring auction season. Building upon the phenomenal results achieved last December in Hong Kong, which witnessed strong buying and bidding from Asian clients, Christie’s continues to present exceptional works of art by Western artists in Hong Kong.

Untitled (One Eyed Man or Xerox Face) was exhibited at the Guggenheim Museum in Bilbao, as part of a major exhibition of Basquiat’s works presented in 2015. It was painted in 1982, a year that is widely regarded as one of the most important in Basquiat’s career. It was that year when the young artist began to achieve commercial success and widespread recognition, and when he produced his most energetic, original works. Untitled is from a series of 72 by 48 inch works executed on panel between 1981 to 1982, a series that also includes Warrior. Painted using creative art materials, these works are highly sought after by collectors, and are extremely important in the context of Basquiat’s early career.

Jacky Ho, Vice President, Head of Evening Sale, 20th/21st Century Art, Asia Pacific, stated, “It is truly an honour to be entrusted with yet another spectacular painting by Jean-Michel Basquiat, one of the most significant artists of the post-war period. To be able to present this painting in the same season as Warrior testifies to the outpouring of interest and appetite in Asia for top quality artworks by important western artists.