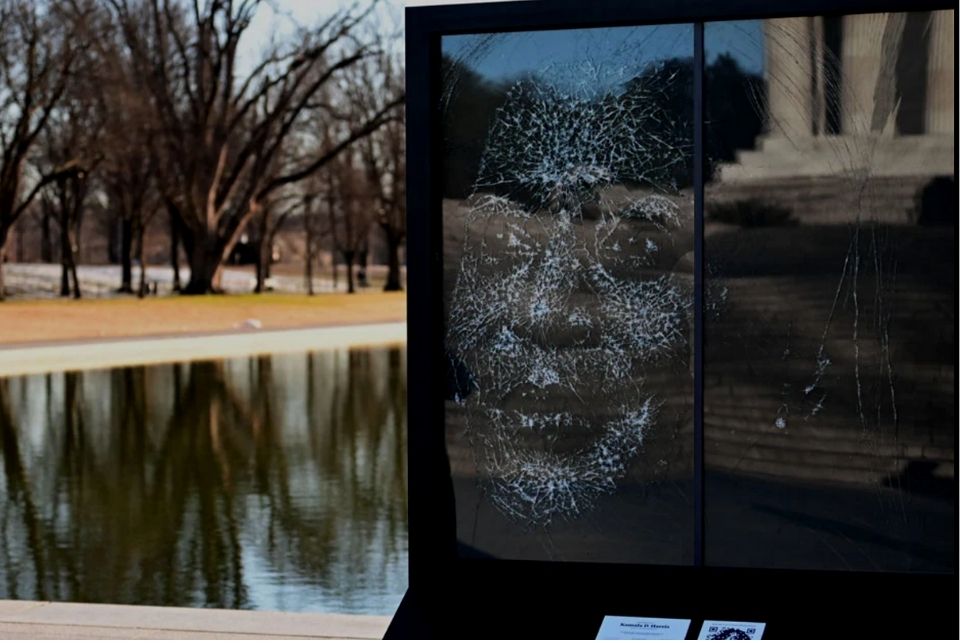 Presented by the National Women’s History Museum, US in partnership with Chief, a private network focused on connecting and supporting women leaders, the sculpture is set against the historic and scenic backdrop of the reflecting pool and Washington Monument, the installation will include a plaque featuring a QR code which viewers can scan to take them to an Instagram Spark AR.

“Today’s progress is built on the legacy of the women who came before—the trailblazers, like Kamala, who raised their voices, marched for their rights and ran for elected office; the women who cracked glass ceilings so that other women could shatter them,” said CEO of National Women’s History Museum, by which the sculpture has been installed.

Titled Glass Ceiling Breaker, the artwork is a six-and-a-half-foot-tall, based on a photograph by Celeste Sloman, author of the 2019 photography book The Women of the 116th Congress: Portraits of Power.

Berger, who has worked on this technique since 2016, then created cracks and fissures in the layers of laminated glass that came together to depict Harris’ face when observed from the distance.