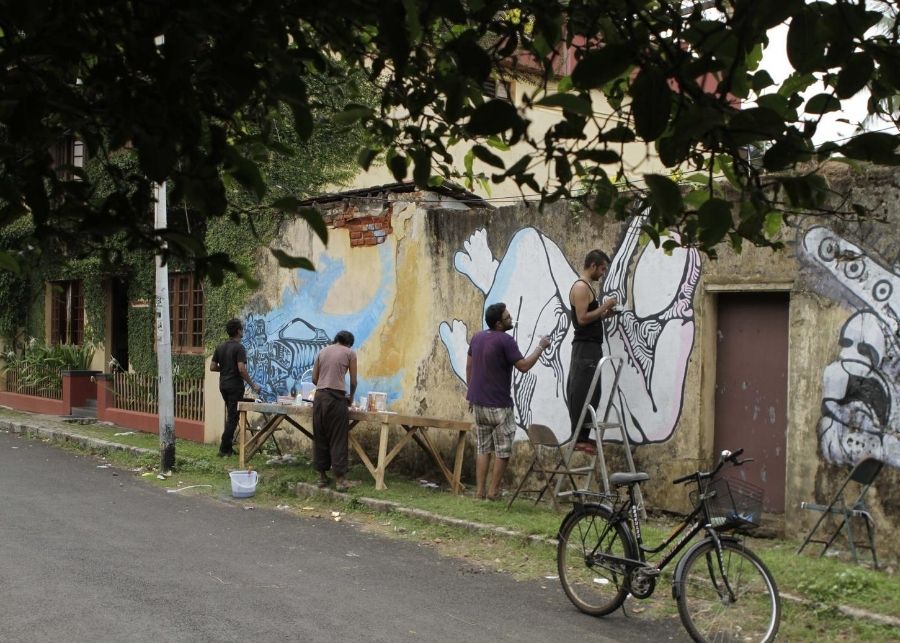 Though several major art fests across the world have been cancelled or metamorphosed into a digital format, the Kochi-Muziris Biennale-2020, slated to commence on December 12 in Kochi, Kerala is on track, with the team working on a custom set of guidelines and precautionary measures to follow when they assume production, and as art spaces are thrown open to the public.

Artist Bose Krishnamachari, the founder member and President of Kochi Biennale Foundation, tells IANS that the primary reason for going ahead with the mega event, which in its previous editions witnessed a massive national and international footfall, is to assert the fact that during times of adversity, art and culture can play a critical role.

Adding that engaging with art must not be viewed as a recreational activity, but something that can be instrumental in instilling hope and confidence among people, he says, “We felt it important to proceed with the Biennale, not just to bring back confidence to the art and culture sector, but as part of the Foundation’s larger vision to demonstrate how art and culture can directly feed into an economy.”

In addition to its pronounced cultural impact, it has also been an important economic generator for the city and region, activating sectors such as transportation, tourism, hospitality and small-scale businesses. “In 2018, we played a small role in helping Kerala get back on its feet after the floods and the outbreak of the Nipah virus. We trust that we can help provide this much-needed respite and stimulus to the region,” the artist adds.

Stressing that there was no pressure from the state government to cancel the event this year, Krishnamachari says that the state government has always been their biggest supporter and they had been requested by the GoK to carefully analyse the situation and take an independent decision regarding the upcoming edition of the Biennale. “The government has also remained resolute in supporting the event during these difficult times and has assured to extend all necessary support to help us meet with the prescribed safety measures. However, a physical opening will always be contingent on the existing public health conditions at the time,” he says.

Learning from other art institutions, museums, and biennales that have managed to open doors during the pandemic, including the Yokohama Triennale, RIBOCA2, Manifesta 13, the Berlin Biennale, the artist says that they are aware that the international attendance for this edition will be relatively thin. “So, to be able to make the exhibition available to our audiences who cannot make it to the event in person, we will be involving stronger virtual elements.”

Considering the pandemic and consequent state of the economy including sectors that were earlier performing well and supporting the arts, the Biennale this time is encouraging more people to join their network of supporters and pledge smaller amounts, through crowd funding. “However, the artist community and our patrons have reaffirmed their faith in our cause, and have pledged to support us to the best of their capacity,” says Krishnamachari.

Believing that the KMB is not just an occasion to present contemporary art, but in fact an intervention in the cultural and educational milieu in India, with the response from ordinary people a reflection of this, Krishnamachari, talking about how it has proven to be a model for involving the common person in an art fest adds, “The initiative is not ours, but people carrying their curiosity into the Biennale. Our responsibility is to answer and nurture this curiosity.”

Today, the Kochi Biennale Foundation has multiple verticals in education, art for children, interpretation programmes, and so on, but these were born out of our observations from an ongoing feedback loop between us and our audience.”

While the KMB has had a limited online presence for quite some time now, for this edition, the team is putting in efforts into developing a strong digital counterpart to complement the physical exhibition.

For someone who has always believed that countries should study the impact of soft power, Krishnamachari feels that nations like Germany, Canada, France and China understand it well. “We have 29 states and around 650 districts in India. We should develop 650 cultural centres and 29 multicultural centres with contemporary museums. India has an abundance of art and culture that needs to be sanctuarised – the inadequacy of art infrastructure in the country puts it under threat of erasure,” he concludes.

Ask him how he manages to focus on his art practice along with the responsibilities of the Biennale, and Krishnamachari asserts, “Yes, this does not allow much time or head-space for my work, but this is a compromise I accept wholeheartedly since I feel very strongly about the importance of community building and development.”