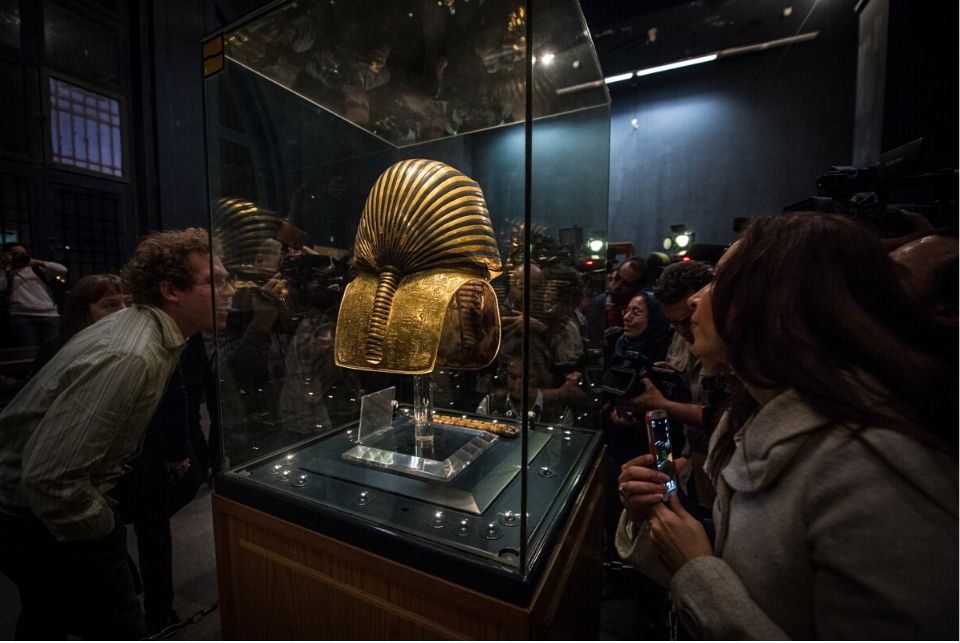 Treasures from the tomb of boy-king Tutankhamun will go on show in London from Saturday as part of what organizers say will be their last world tour before they return to Egypt for good.

More than 150 items – from statues and sculptures to a silver trumpet and a funerary bed – will be exhibited in “Tutankhamun: Treasures of the Golden Pharaoh”, at the capital’s Saatchi Gallery.

Other exhibits include a wooden ceremonial shield, linen gloves and a life-size statue of the king that stood guard at the entrance of his last resting place.

“The reason we are here, we are celebrating almost 100 years since the time of the discovery of the tomb of Tutankhamun,” exhibition curator Tarek El Awady told Reuters.

“It is the first time Egypt allowed this number of artefacts to leave the country … This is the last traveling exhibition of Tutankhamun.”

More than 60 of the items have left Egypt for the first time, the gallery says.

The tomb of the 18th dynasty king was discovered by British archaeologist Howard Carter in the Valley of the Kings in Luxor in 1922. It contained about 5,000 artefacts.

London is the third of 10 cities hosting the exhibition after successful runs in Paris and Los Angeles.

The items will eventually return to Egypt, where they will be put on display at the Grand Egyptian Museum, scheduled to open next year next to the Giza Pyramids.

“Tutankhamun: Treasures of the Golden Pharaoh” runs at London’s Saatchi Gallery until May 3, 2020.

This article has been published from Reuters RSS feed without any changes except the headline.