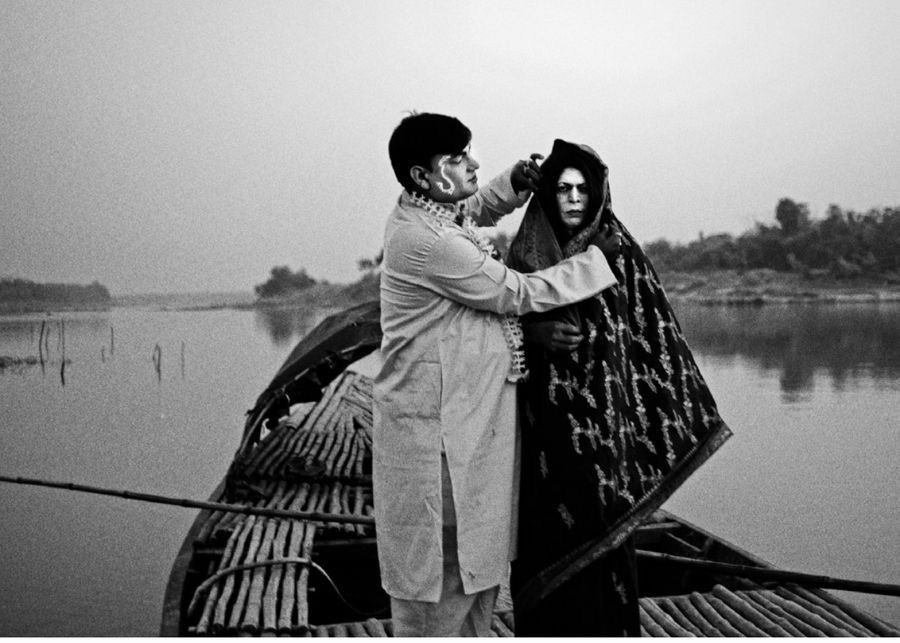 How can we relieve the image of the pressure to bear witness or testimony? One way perhaps is for the image to consistently empathise with its capacity to implore the presence of invisible subjects.
The black and white photographic works that form Let’s Sing An Old Song, begin from Soumya Sankar Bose’s relationship with the folk theatre practice Jatra, as a child growing up in Midnapore, West Bengal. Coming to terms with the fast disappearing tradition was both, a sense of loss and nostalgia for him. This, along with his uncle Shyamal Dihidar’s retirement from Jatra, to take up employment with a railway factory leads Bose to seek the twilight lives of these once popular Jatra actors. Born out of the Bhakti movement in the 15th century, Jatra translates to “go in a procession”. By the 19th century themes from love stories to the social and political emerged. With the rise of cinema and home television sets, the audiences consistently moved towards convenient choices and over the decades, the tradition suffered a steady decline.
Bose’s work is an attempt to resist erasure as a condition of time. In the many people Bose brought together through images, he documents the tradition from the perspective of the actors, a rare offering that relies on narratives of affinity.
– Excerpt from In Search of the Unseen: Documenting the Jatra Art Form, Mario D’Souza. Soumya Sankar Bose (b.1990) lives & works in Kolkata.