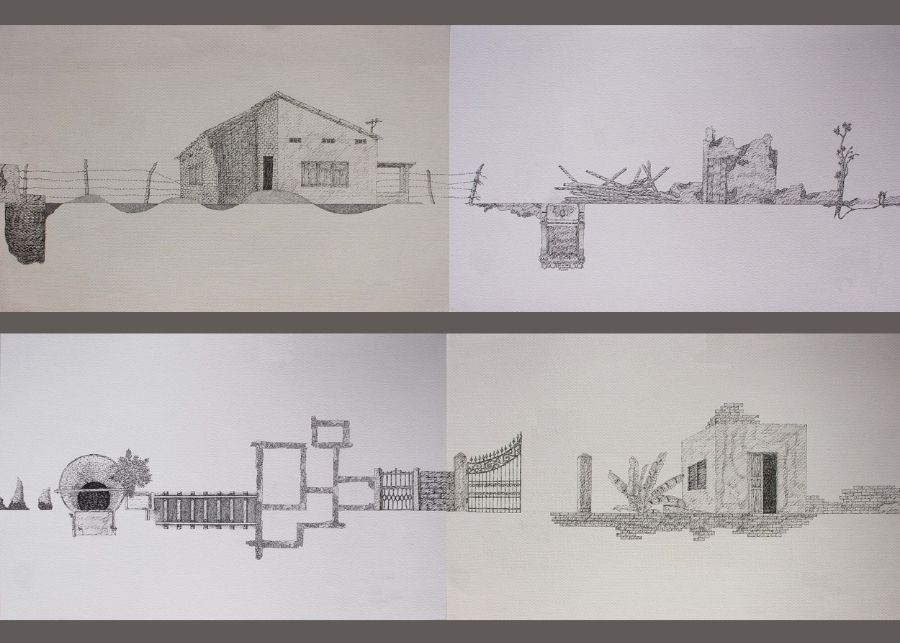 Recently a resident artist at the Kochi Biennale Foundation, Sri-Lankan artist Jasmine Nilani Joseph encounters an illuminating analogy between jewellery boxes that act as disembodied storehouses of wealth and abandoned houses that are imagistic, voyeuristic shells, both acting as objects of display and innate, but not immediate, richness. As a child refugee, Joseph was displaced from Jaffna to Vavuniya during the Sri Lanka Civil War along with her family. While her family continues to reside in Vavuniya, Joseph returned to Jaffna to pursue her art, and admittedly struggles to commit herself to a permanent address because of such separation.

For Joseph, such a personal question of belongingness to place expands into a philosophical conundrum about the emotions and cognitions formed with spaces through ongoing relationships. Often, she explores these relationships in the tensions of boundaries, between physical and cultural fences and the similarities and differences between the Tamils and Sinhalese. Joseph, in a sense, is concerned with living history but also the common ground – finding it, and perhaps then staying on.

In seeking a sense of solidity and stability, Joseph dreams of a time when she can work full-time in her own studio, a realization which is as circumstantial as it is sentimental especially while the world remains troubled. As restrictions on labour and the regression of daily activities instil a profound sense of fear, Joseph has spent her recent months moving between places and managing temporary spaces as a studio for both her art and life. When confronted with the physicality of property against the ephemerality of history, she asks of these abandoned houses: ‘Whose house is this? Who lived here? How was the house a few years ago?’

In her Mobile Studio series, which features recent animations and drawings in ink, Joseph reflects on the places she’s stayed in and moved through over recent years as she experiments with the moving textures of landscape, architecture and the living histories of places while documenting the spaces she’s maintained as her temporary studios.