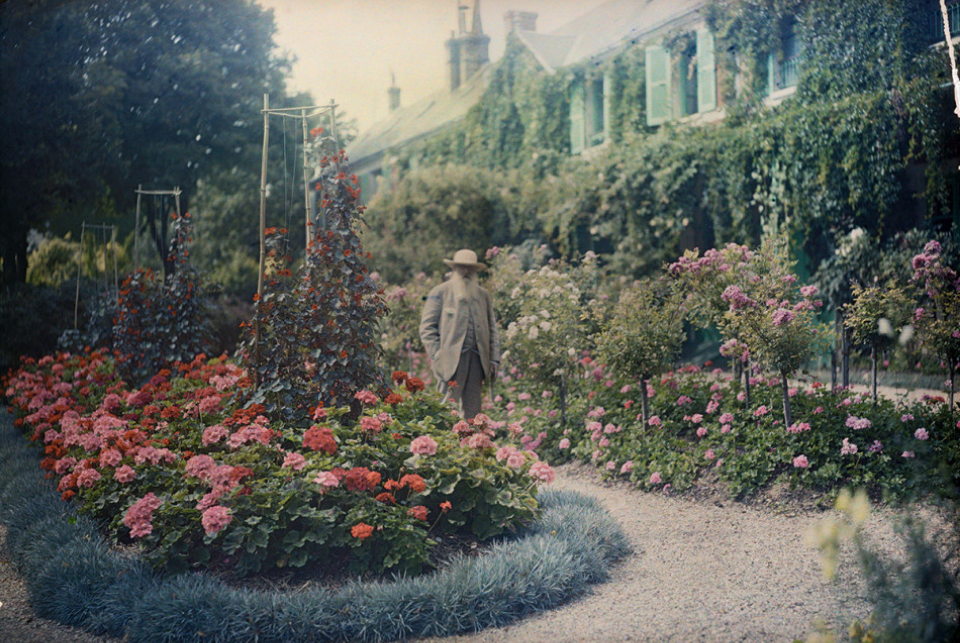 Claude Monet did not just sire the Impressionist Movement but remained devoted to its philosophy of expressing one’s perceptions of nature, especially as applied to plein-air or open-air outdoor landscape painting till the last of his works. These paintings which are now some of the most important masterpieces of the 19th-century art, reveals the deep bond Claude Monet had with nature.

It wasn’t, though, all about the visually idyllic natural setting. To him, minutely observing the fragments of nature, moving and altering as they go by, became a great source of intellectual gratification. While studying under the academic artist Charles Gleyre as a young painter, he did venture to the countryside to paint with other great artists like Pierre-Auguste Renoir and Frédéric Bazille, but he didn’t to make preparatory sketches as was the custom then. He would just paint then and there.

As he struggled through many hardships, his intense feelings would interlace his paintings with the color, light, and atmosphere of nature- whether in his early works such as Spring Flowers in 1864 with its over ten species of bright flowers, his impression of his aunt’s garden in A Lady In the Garden in 1867, or in his later works like Soleil Levant or Impression Sunrise, which gave the Impressionist Movement its name. And even in the grey deathbed portrait of his first wife Camille Monet which he felt compelled to paint as he observed the color changes in her skin.

One simply cannot look at the oeuvre of this master impressionist without being overwhelmingly drawn to the passionate botanist and gardener that Monet also was. His first garden came to be at his house at Argenteuil near Paris. A painting of Monet painting an exotic display of dahlias by his friend Renoir shows the giant Dahlia Imperialis, introduced to Europe in 1863 as well as Dahlia Juarezi, which was imported from Mexico. While here, Monet also purchased a small boat equipped to be used as a floating studio. Balancing atop, Monet painted. This was a very formative time in his study of the effects of light and reflections. When he later moved to Aétheuil on the River Seine, he sprang a Sunflower forest on his terraced garden. The white and blue pots that he decorated these earlier gardens with traveled with him wherever he went. It is during these years that Monet began the practice of painting the same subject repeatedly to capture the variance in the juxtaposition of the natural environmental elements in different lights, at different hours of the day, and through the changes of weather and season. This process continued until the end of his life in 1926.

The greatest culmination of his nature worshipping though came in the second half of his life. In an ironically fateful way, while Monet spent the first half of his 86 years of life mostly struggling, in the 43rd year, nature seems to have decided to finally reward him. Travelling via train towards Giverny in 1883, he spotted his perfect spot to create his‘ own living landscapes,’ a flower and a water garden. “Once settled,” he wrote the dealer Durand‐Ruel, “I hope to produce masterpieces because I like the countryside very much.” These gardens for which he actively assumed the role of a gardener and a horticulture champion would inspire some of the masterpieces of 19th-century. Going beyond being just the platform that propelled him to artistic mastery, Monet’s gardens at Giverny in themselves became a work of art. For starters, out of the over four decades of his life Monet lived here, first fifteen he remained engrossed in creating the garden rather than painting it, with a few exceptions of course.

Immediately after renting the house, Monet threw himself in their making. Uprooting the vegetation and felling the trees, he began to lay flower beds and erected arches for roses to climb up. First managing with only the assistance of his family, he eventually went on to employ a head gardener with five assistants for tending the flowers and adding greenhouses. Monet loved flowers and even ordered many pants by mail, often from abroad. It wasn’t though just and amateurish indulgence.

He had cultivated a deep interest as well as knowledge with numerous gardening books and entire runs of horticultural journals stacked in his library. He also consulted friends and professional botanists and read horticultural reviews. To his chief gardener Félix Brueil, Monet would relay detailed instructions that came from his vast knowledge of gardening and horticulture. In February 1900 he wrote to Félix,

“From the 15th to the 25th, lay the dahlias down to root, plant out those with shoots before I get back… In March sow the grass seeds, plant out the little nasturtiums, keep a close eye on the gloxinia, orchids etc., in the greenhouse, as well as the plants under frames.”