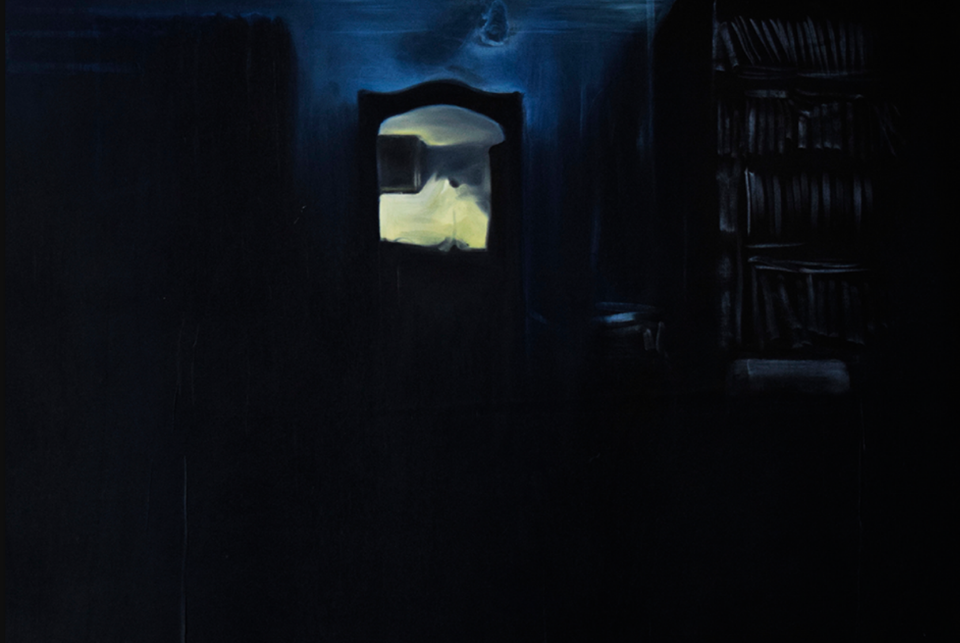 Divya Singh’s practice is interested in the shifting relationship that the everyday maintain with time; the moments embedded within its transcience, and its relational co-existence with constant variables such as light and the slow moving planets. These moments carry with them visions, either glimpses that are revealed only for fraction of a second by an errand ray of light, a fleeting feeling projected by happenstance upon a scene encountered daily to endow it with unconscious meaning, or recognizing profoundness in the imagery shaped by a found verse from a poem or a still from a film encountered long ago.

The universal capacity of these visions that she captures on her canvases through the slow, laborious process of oil painting reveals themselves in their many layers, uniquely to her viewers who find their own meaning in them. Her conceptual process draws from what Andrei Tarkovsky calls ‘striking imagery’— images that capture deeper emotional truths—and an aligned idea proposed by Werner Herzog, ‘adequete images’—those images discovered within ourselves or in the mysterious unknown that are able to communicate the inarticulable.

“This body of work is a dedication to the Paracosm of childhood, and in a larger way, it is an attempt at creating a monument to our collective existence- to the human spirit (an elegy if you will).

The title comes from a memory of my first visit to a newspaper printing press as a small child with my father that had changed my perception of Time altogether – within that industrial setting, it had seemed to me for the first time that reality and time were both engineered within such factories, and that the news to reach the world tomorrow was printed today, well into the late hours of the night…

I started creating this body of work after finishing my master’s programme in 2018. It was sparked by my experience of witnessing a death in the family/the novelty of witnessing Death at a close-range – a few years prior to my graduation. This moment created a tectonic shift in my understanding of Life and Death as more than merely theoretical concepts. It marked within my practice, and for me the beginning of my understanding of our ‘Thrownness’(Geworfenheit) , the meaning of our Being, mortality, and Time.”