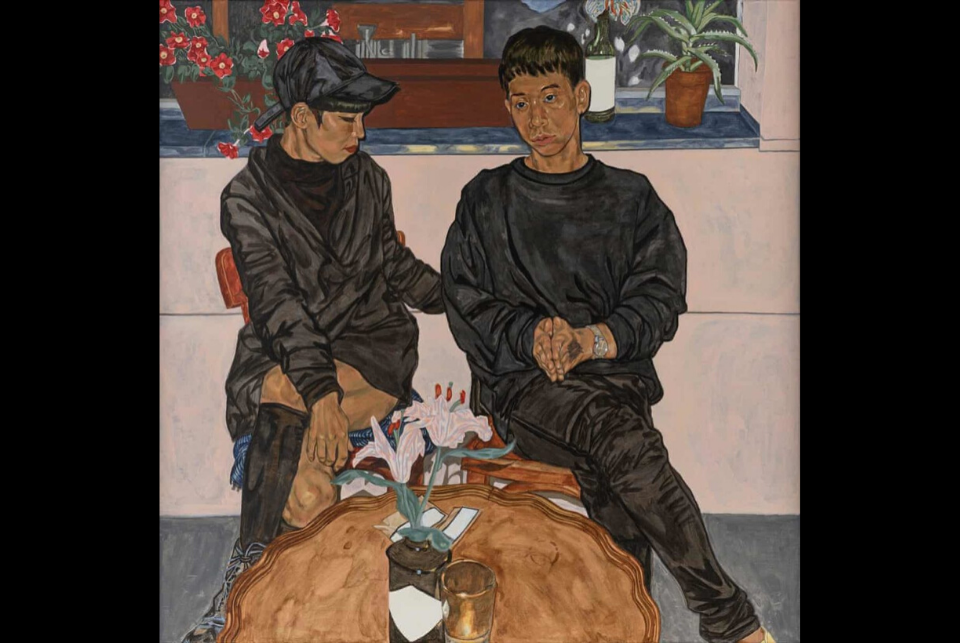 A thoughtful and intimate portrait of her friends titled ‘Night Talk’ has won self-taught artist Asian Jiab Prachakul BP portrait award 2020, which, for the first time since 1997, was given without the oil giant playing any part.

Selected from 1,981 entries, representing 69 countries, Prachakul’s portrait was called “an evocative portrait of a fleeting moment in time”, which gives a glimpse into someone else’s life that is “beautiful, mysterious and alive”. The judges also praised its bold composition and clever use of contrasting shapes.

Jiab Prachakul was born in Nakhon Phanom, in northeast Thailand. She studied flmography at Thammasat University before working as a casting director at a Bangkok production company.

In 2006, Prachakul relocated to London where she realised that she wanted to be an artist after attending the David Hockney exhibition at the National Portrait Gallery that year. Now living in Lyon, her work has been seen in solo exhibitions in the UK, Germany and France.

The portrait is of the artist’s friends Jeonga, a designer from Korea, and Makoto a composer from Japan, on a visit to Berlin. Prachakul wanted to capture their discussions about art and culture. She says: ‘Observing the identity of my friends, has helped me to understand who I am. It has offered me a ground on where I can stand and embrace my own identity as an Asian artist who lives and works abroad.

Prachakul was picked as the winner by the judging panel with no representative from BP on it after continued pressure, including criticism from several former Turner Prize winners.

Tyler’s pieces, all created on found objects off

"I tend to think of landscapes as affecting us mos