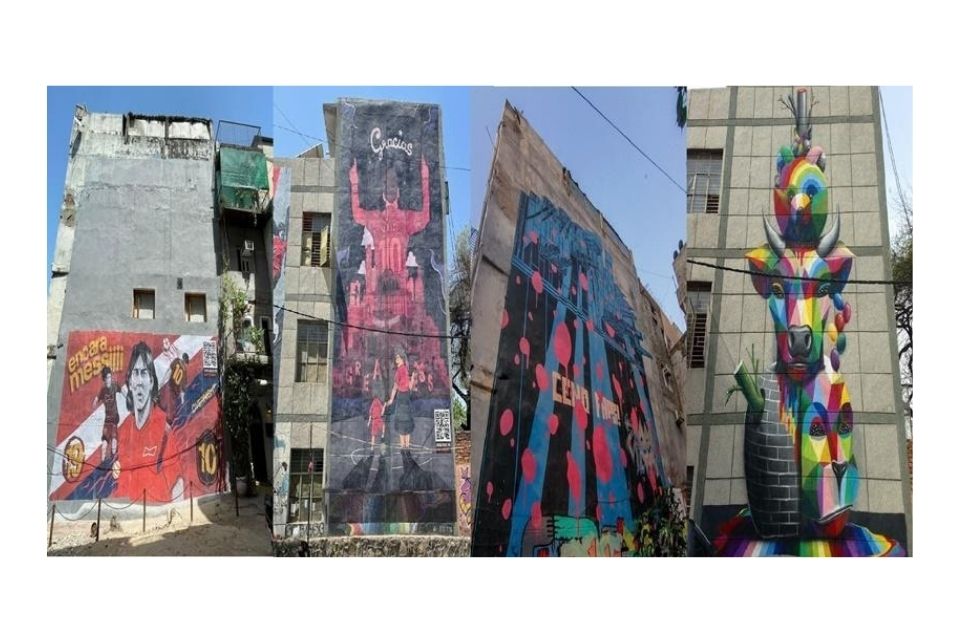 Alleging that some of the earliest street art murals in New Delhi have been “hijacked” and converted to advertisements by Budweiser India, an open letter by Hanif Kureshi-cofounded art-based organisation St+Art India has captured public attention online recently. The letter targets ‘murals of tribute’ created for ace footballer Lionel Messi.

“It has taken many years for organisations such as ours to build the street art scene in India. One cannot simply hijack it overnight,” says an Instagram post by St+art India, adding that some of these earliest murals in Delhi have “now been turned into billboards for Budweiser overnight”.

The social media post mentioning two Hauz Khas murals has garnered over 18,000 likes in a day. According to St+art India, one of these murals by a Madrid-based artist was on the walls of a primary school.

“It is unethical for an alcohol brand to advertise on a school wall,” it said, adding that “This is not art. This is blatant advertising in the name of street art”.

“We have always believed in the power of art and have worked with multiple artists over the years to build a strong foundation that is supportive towards the creator community. As part of curating these murals, we reached out to multiple artists including St+art India and collaborated with artists that met our creative and commercial direction through these illustrations that they curated over months and even restored the wall. Our aim was always to offer the insider perspective into the G.O.A.T’s iconic journey and inspire fans through creative murals that celebrated his journey. We continue to support the creator community,” said a spokesperson from Budweiser India in response to a query from IANS.

In a previous statement on the murals, dated March 10, Budweiser India had said: “To celebrate (Messi’s) greatness, Budweiser 0.0 has rolled out a 360 campaign, part of which is a series of murals at iconic locations in Mumbai [Chapel road, Bandra] and Delhi [Hauz Khas Village], offering fans an insider’s perspective into his humble beginnings as a young boy, along with some lesser-known peaks and hardships of his career. To engage the football community in India, Budweiser 0.0 is hosting exclusive virtual walking tours called ‘Path of Greatness’ in Mumbai and on-ground in Delhi.”

The initiative had also prompted a comment from Messi.

He said: “I am delighted with Budweiser’s effort to celebrate my journey and bring it alive beautifully, through the artistic murals. It feels surreal to be standing where I am today. Day after day, year after year, it took sacrifice and hard work to reach my dreams. I am grateful to my fans, around the world and in India, who have supported me immensely through every victory and loss. I truly hope that fans can find inspiration in my story, just as they have motivated and encouraged me, to keep chasing my own.”