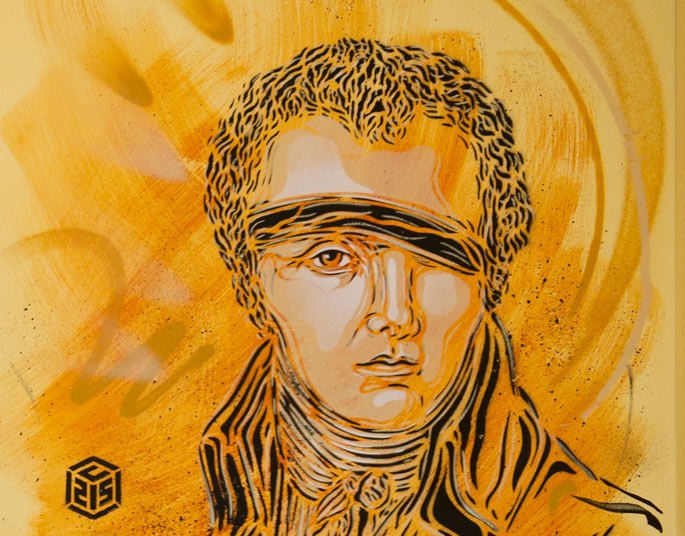 Isn’t it hard to imagine the concept of visual arts without the presence of a pencil? So many first dots from many pencils has led to the making of great works of art and yet the man who made pencil is practically unknown. But mind it, inventing the modern pencil was just one the many marvelous feats that Nicolas-Jacques Conté mastered. A French painter, balloonist, army officer, inventor of the modern pencil and crayons, Conté was one of the greatest inventive minds of the eighteenth century whose career would ultimately bridge the arts and the physical sciences. The effect of his genius was so powerful that Napoleon showered praises on him, calling him “a universal man with taste, understanding, and genius capable of creating the arts of France in the middle of the Arabian Desert.” It has been said that Nicolas-Jacques Conté not only made tools but the tools to make tools.
The life story of Nicolas-Jacques Conté is filled with the stories of him making miracles. Here are some of the outstanding achievements of the man who made the pencil.

He invented pencils and crayons!

In the eighteenth century, France was completely dependent on the English graphite deposits at Cumberland. So when the French Revolution came, the war with the English brought scarcity of graphite in France. At the request of Lazare Nicolas Marguerite Carnot, Conté came up with an idea! devised a method whereby graphite and clay could be mixed together as a substitute. His name lives on in the Conté crayon used by artists to the present. He received a patent for the invention in 1795 and formed la Société Conté to make them. He also invented the conté crayon named after him, a hard pastel stick used by artists. At the 1798 Exposition des Produits de l’industrie française Conté won an honorable distinction, the highest award, for his “crayons of various colours”.

He made a violin with a knife!

One of the distinctive traits that Conte possessed was the ability to imagine, design, and fabricate beyond the normal limitations of the equipment available to him. Encyclopedia Americana states that at the age of 12, Conté, just by using a knife produced a violin that was even used in the concerts!

He painted panels in chapels!

At the age of fourteen Nicolas-Jacques Conté was working as gardener’s assistant at the main hospital of Sees. When mother superior of the convent in town contracted with a painter named Couin to decorate the chapel, Conté started to assist him too. He worked at grinding pigment and cleaning brushes and began to learn about painting by observation. So when Couin fell ill and was unable to continue the project, Conté requested for a chance to complete the work on at least one of the panels. He argued that if it is unsuccessful, it could be painted over. Needless to say, the trial was acceptable and he completed the decoration of the chapel. This could be marked as the beginning of his artistic career.

He made a furnace on the Pharos and measured the pyramids of Egypt!

In 1798, Conté was chosen to accompany the French expedition to Egypt. There he constructed a furnace on the Pharos in space of two days to repel English with red-hot balls and thus making time for fortifying the place. He was also one of the earliest people to measure the height of the great pyramid at Giza with his barometer and he determined it to be 428 feet. The actual height, found with modern surveying instruments is close to 450 feet, but his measurement was the most accurate of his time. In the Description de l’ Egypte, the monumental multi-volume work which was published after the Egyptian campaign, Conté illustrated the making of pottery, the twisting of rope, the production of glass and even the techniques of the Egyptian barber.

He made a hot air balloon!

Nicolas-Jacques Conté had a great fascination with aeronautics. On French New Year on September 22, 1798, he was called on to exercise his expertise in ballooning and was asked to prepare an ascension in a public square in Egypt. This attempt met with a disaster and the second attempt with a larger balloon, it is said that the ascension was witnessed in Esbekia square by 100,000.

Conté’s first success was in giving aid to the Comité des monnaies (Committee of Currency) in the production of a commemorative medal. He was called in through the advice of a friend who knew of his inventive talents to determine the problems which prevented the proper striking of the medal. He realized that the tools used were inadequate; retired to his workshop, and overnight produced the proper device which enabled the medal to be produced to perfection.

At the time of his death, December 6, 1805, Conté was engaged in the further study of the permanence of pigments for the artist’s palette. His thoughts were about the necessity of creating colors which would endure and, in enduring, transmit, the artistic products of his own time unchanged. After serving mankind for thirty years, Conté, who was called the man that ‘had every science in his head and every art in his hands, died in 1805 at the age of 50. Napoleon had included him in his first promotions to the Legion of Honour. A bronze statue was erected to his memory in 1852 at Sees, by public subscription.