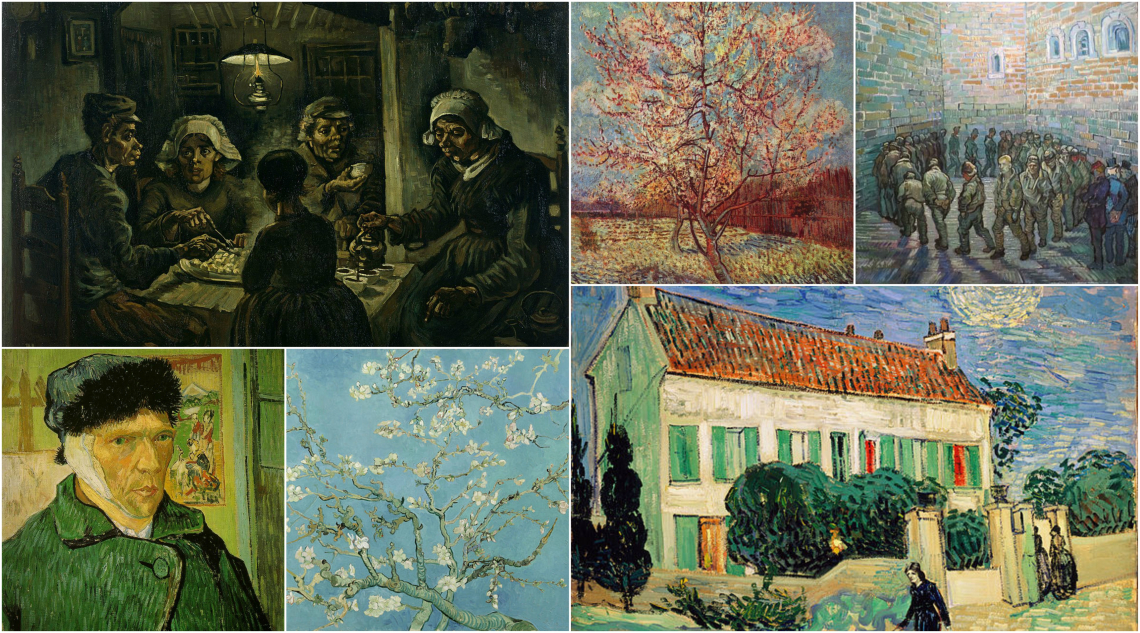 More than a century after his death, Vincent Van Gogh continues to enjoy such Brobdingnagian love and fame that it would nearly be an exaggeration to say that it borders on an obsession. To talk about his works, they continue to make the news. Latest being the reports of one of his rare paintings, “Vue de l’asile et de la Chapelle de Saint-Rémy,”, also once owned by Elizabeth Taylor which fetched a whopping $ 39.6 million at Christie’s auction last year.

When it comes to the artist, the man himself, Vincent has somewhat become a poster boy of ‘ a ‘tortured genius’ and ‘starving artist’ myth, the magnetic pull of which has led the chronicles of Van Gogh’s life leading up to his death to be told, retold, and then told some more with numerous narratives in movies, books, exhibitions, research, documentaries etc. Also, as the acceptance of mental illness continues to grow bigger every day, the staggering story his heart hankering for artistic success while his head hounded by darkness, is revisited by millions disillusioned with depression as their suffering burgeons in the complexities and toils of urban life.

But has this mania for Vincent’s melancholy made us forget something very much at the nucleus of Vincent’s legend?  That not any of the two, his artworks and his story as an artist, which has mostly come from the volumes of his correspondence with his beloved brother Theo, had not etched themselves in history while Vincent Van Gogh lived? Hasn’t it also led us to inadvertently forget another star of his story without whom Vincent would have ceased to be just the ‘starving artist’ and ‘tortured artist’ minus the fame and glory for while he lived he is said to have sold just one painting, The Red Vineyard?

That Johanna Bonger had no special brotherly bond with her brother in law and that in fact she had met him merely one time or two makes this beyond Vincent story even the more special.

Lovingly called Jo, Johanna Bonger came from a family which was enthusiastic about education and artistic pursuits. In those times, when women were mostly only trained to be good wives, she pursued a degree in the English language, became a teacher at 22, and was also once librarian at the British Museum in London. She was also was an ardent diarist and recorded her life religiously, from which she took a break for the little time she was married. Coming from these foundations and so not surprisingly, when widowed at just 28, she chose to independently raise her son in a small village called Bussum and rather than moving back to her family home in Amsterdam. In loss and sorrow, she was down but definitely not out. She writes on November 15, 1891.

She loved Theo deeply and knew how much he cared for Vincent and his art. “We must keep the memory of our brother together,” he wrote to her when Vincent was in a hospital in Arles. Johanna Bonger willed herself and saw her husband’s dream come true. In the same entry she says:

Making her house a kind of Vincent museum that bustled with the upcoming artists, she began to extend on the reputation that Vincent had made while his two years of stay in Paris. This is where he had come in contact with many artists of his generation like Émile Bernard, Louis Anquetin, and Henri de Toulouse-Lautrec – who painted a portrait of him in pastel. That Theo was an art dealer had also been of great help for Vincent in meeting the avant-garde artists of his generation who also appreciated his work. It was also in Paris where Vincent’s art was greatly influenced by Impressionism and Japanese art.