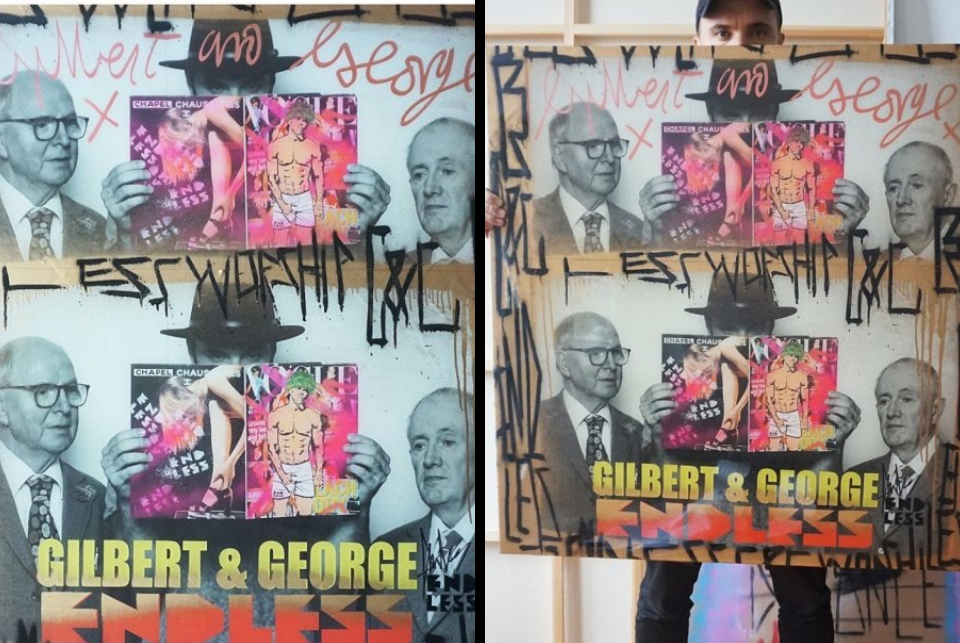 Known for its historical collection of Renaissance masterpieces from masters such as Michelangelo and Botticelli, Italy’s famous Uffizi gallery is now in the news for acquiring it’s first ‘street art.’
The painting was unveiled by the gallery earlier this week and the artist behind the work is an anonymous UK based artist who started spray-painting in London a decade ago and goes by the name of ‘Endless.”
The self-portrait features two photographs of the artist stacked on top of each other. His face is obscured by a reworking of a Calvin Klein advert, in which Mark Wahlberg appeared in briefs. Endless first began painting this “crotch grab” image on London walls in 2014. To either side of the artist are photos of the art duo Gilbert and George, mentors and early supporters of his work.

“The crotch grab references the pose of the Venus de’ Medici [sculpture] and Botticelli’s Venus but transplants it from the female to the male body. We also have several group portraits; the most famous would be Rubens’ Four Philosophers,” told the artist to the Guardian.

Endless was approached by the gallery in 2018. “I was surprised as the collection is most famous for its Renaissance works,” Endless admitted. “I am very honored to have my work feature amongst such a significant collection,” he told artnet news.