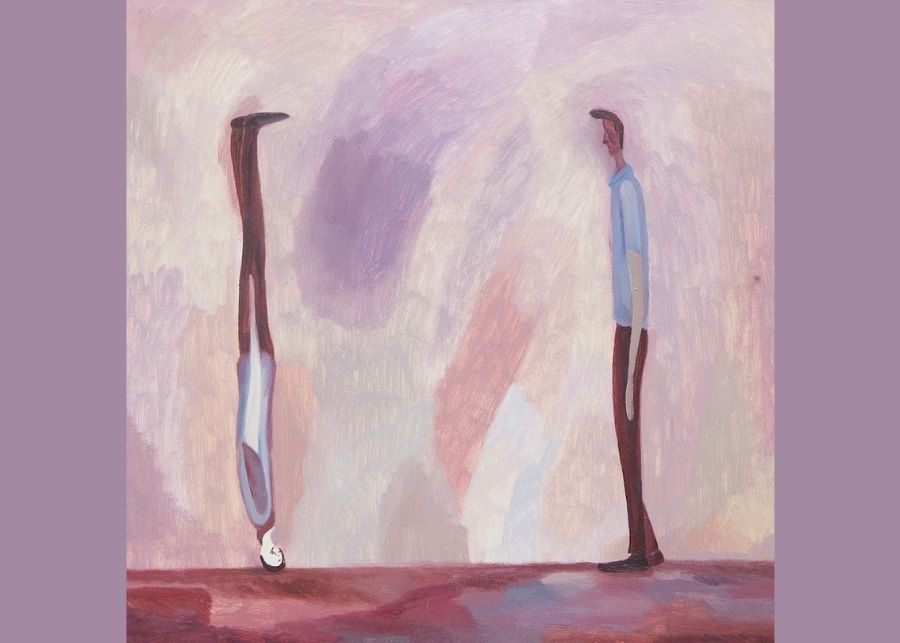 Buddhadev Mukherjee was born in 1976 in West Bengal, and has studied fine arts (painting) at Kala Bhavan, Santiniketan (BFA) and printmaking at M.S. University, Baroda (MA). In 2012, he received a scholarship to study at the China Academy of Art, Hangzhou.

Mukherjee’s works on canvas and paper present explorations of interiority and reflexivity through the varied mediums of oil and watercolour. Through a deft use of colour that extends the self beyond bodily contours and erases the boundaries that divide the mind and its environment, the works enquire into the complex, inward experiences of people engaged in the rhythm of daily time. Titled “Within — Without”, the series is a study of the human “sensibility” as a realm of feeling and thought, affect and analysis, immersion and distance. Many works feature a singular figure and its extensions—diminutive and separate, yet inextricably connected to the larger figure; Mukherjee evokes the soft cadences of joy and sorrow, loss of self and the precarity of solitude through the infusion of small elements—an easel props up a figure as if lending support, another figure carries their own self and inexplicable baggage on their back. As the weight of the line varies from the works in oil to the watercolours, the shift in artistic treatment also permits Mukherjee to simultaneously explore the dense embodiment and ethereality of being, the humour and pathos of life as two sides of the same coin.